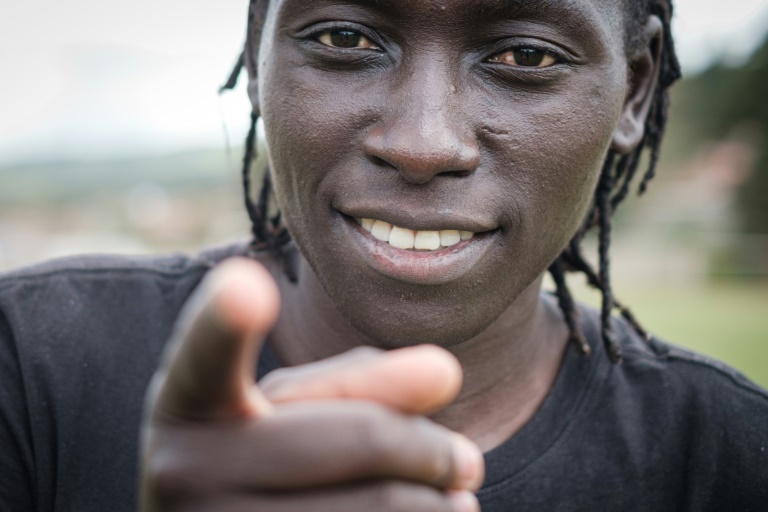 Kenya’s Olympic 800 meters bronze medalist Margaret Nyairera Wambui can feel her career slipping away from her, with no idea when, or if, she will be able to compete internationally again.

The 24-year-old is one of several star female athletes affected by an International Association of Athletics Federations (IAAF) ruling this month that requires women with high levels of testosterone to take medication to suppress it.

Seated at a dirt-track stadium at the foot of the Ngong Hills outside Nairobi where she trains, Wambui has just returned from a disappointing sixth-place finish in the 800m at the Doha Diamond League.

She was meant to leave for the IAAF World Challenge athletics meeting in Nanjing next week, but now her future is one big question mark.

“I am very disappointed, I don’t feel even like going on with the training because you don’t know what you are training for,” she told AFP.

The new IAAF rules took effect on May 8 after South Africa’s two-time Olympic 800m champion Caster Semenya lost a legal challenge against them.

For about a decade Semenya has been the symbol of a furious debate worldwide about questions of gender, women with elevated testosterone, and physical advantage.

However other athletes such as Wambui, who finished third behind Semenya in the 800m at the 2016 Rio Olympics, and the silver medalist from Burundi, Francine Niyonsaba, are also affected.

The IAAF has maintained that the rules are necessary for fair competition, arguing that athletes with high levels of testosterone benefit from increased bone and muscle strength similar to men who have gone through puberty.

However critics highlight that the very nature of elite athletic success is down to one physical advantage or another, such as swimmers with disproportionately big hands or feet, or basketball players who are taller than the average person.

“Why, when you have a high level of testosterone in men, you are likely to perform well and we celebrate that? But when it comes to women we have to tell them to lower it and we draw them out of competition. Why?” asked Wambui.

“Why don’t we take maybe men with low testosterone and categorize them as women?”

The new rule applies to distances from 400m to a mile, and includes the heptathlon, which concludes with an 800m race.

Wambui said simply switching to another distance like 5,000m was not possible, with different skills and training needed that would take years to reach elite level.

“I am not going to take medication because I am not sick and … those are chemicals you are putting in your body, you don’t know how it will affect you later,” she said.

She said that maybe the idea of having different categories of runners — comparing it to boxing, where heavyweights don’t fight flyweights — might be “a good idea to make it fair.”

‘We are just natural’

Wambui grew up in Kenya’s central highlands in the town of Nyeri, and began running in primary school. She was thrust into the spotlight when she won a gold medal at the 2014 IAAF world junior championships and has since established herself as one of the world’s top two-lap runners.

Running is “something in me, in my blood, it is something I cannot do without. Now they are telling us we can’t compete, we just feel rejected.

“We are just natural, we did not dope.”

Wambui, who is tall and muscular, with braided hair and a shy smile, said she had never faced questions about her gender or appearance until the IAAF began cracking down on women with elevated testosterone.

She said she had been forced to undergo blood tests for doping, but did not know when she had been specifically tested for testosterone levels.

“I am worried now about my career,” she said, adding that the ruling had also heaped pressure on her family, for whom she is the only breadwinner.

When she is not training, she is a police officer, and works for Kenya’s prison service.

Last week Athletics Kenya dropped 100m and 200m champion Maximilla Imali and 400m runner Evangeline Makena from the team for the IAAF World Relays event in Japan over their high levels of testosterone.

The IAAF argues its ruling is aimed at creating a “level playing field” and denies accusations it was targeted specifically at Semenya.

Wambui said that while Semenya had become a cause celebre in South Africa, fiercely defended by politicians and citizens, she herself had received no support from the Kenyan government.

“This has been a simmering issue especially with our very own athletes having complained about running with these women with excess testosterone,” he said.

“We have to be realistic that these athletes have had an advantage over the others.”

Landmark verdict due in Semenya's case against IAAF

Shock waves of #MeToo reach the City of London