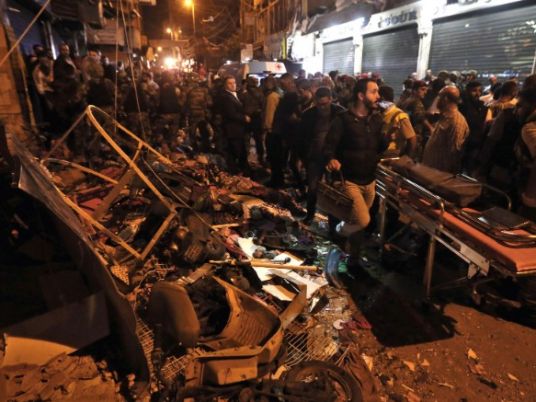 Kuwaiti security forces have arrested an Egyptian citizen with connections to the Islamic State (IS) after an attempted attack on five US citizens, the Kuwaiti Interior Ministry said in a statement on Saturday.
The assailant, identified by Kuwaiti authorities as Ibrahim Soliman, had deliberately rammed a garbage truck into a vehicle carrying five American citizens.
While the ministry's statement did not specify, the Associated Press reported that the truck was carrying five US soldiers, adding that the attempted attack was the first by the Islamic State group targeting American troops in Kuwait.
The Interior Ministry said that, based on initial interrogation, Soliman was carrying “a belt and suspected explosives, which indicates he was plotting a terrorist attack."
A hand-written note was found with the 28-year-old driver, which showed that he had pledged allegiance to the Islamic State terrorist group, according to Kuwaiti authorities.
Soliman injured only himself in the attack while the Americans were unharmed. The Egyptian driver was transferred to a hospital as he had multiple injuries.
Kuwaiti security forces said the incident is being investigated to uncover the details of the attacks and hunt for any accomplices, before referring them to prosecution.
Kuwait suffered a deadly attack in June 2015, when a Saudi suicide bomber blew himself up inside a Shiite mosque, killing 27 people. Islamic State later claimed responsibility for the attack.
In July 2016, Kuwait announced arresting Islamic State suspects and thwarting terror plots planned by the group across the country.
The Islamic State group's Egyptian affiliate, Ansar Beit al-Maqdis, had also claimed responsibility for several attacks against Egyptian security personnel and buildings over the past three years, killing hundreds of soldiers.
In January, Turkish authorities released an Egyptian family of 12, deporting them after they had been accused of attempting to cross the Turkish borders in order to join the Islamic State group in Syria.