Labor politics remain a thriving form of contentious politics in Egypt throughout 2012, reinvigorated by a Muslim Brotherhood-led ruling regime that many consider to be less than sympathetic to the labor movement.

On the macro-level, new laws have been a cause for concern for labor activists. On the ground, the tendency to unionize and strike is upheld. And in the middle, the political administration fails to show any signs of good management.

The election of the Muslim Brotherhood’s Mohamed Morsy as Egypt’s president in June, the appointment of the Brotherhood’s Khaled al-Azhary as minister of manpower in August, the issuing of a presidential decree amending an old trade union law in November, and the passing of the new constitution in a referendum in December have all directly impacted prospects for the country’s labor and union movements.

Since Morsy granted himself sweeping powers with his constitutional decree on 22 November, the first decree issued he issued was Law 97/2012. This new decree amended Trade Union Law 35/1976 with provisions allowing the Ministry of Manpower to appoint replacements for the state-controlled Egyptian Trade Union Federation (ETUF) board members over the age of 60.

Furthermore, Morsy’s Law 97 postponed ETUF elections for another six months, although these elections had already been postponed for a year. Law 97 stipulates that elections could be held before six months if a new trade union law replacing the incumbent Law 35 is issued to regulate the ETUF’s elections.

Karam Saber, director of the Land Center for Human Rights, explains that the Brotherhood have scrapped the “Trade Union Liberties” draft law which was finalized in September 2011, and are now drafting their own laws which regulate Egypt’s trade unions and professional syndicates.

Since June of this year, the International Labor Organization has threatened to blacklist the Egyptian state as a violator of labor rights — once again — for failing to issue a trade union law protecting workers’ right to freely organize.

Meanwhile, the ruling authorities “have failed to establish either a national minimum wage for workers or a maximum wage for administrators,” Saber says.

In April of this year, the People’s Assembly (legislative house of Parliament) set a maximum monthly wage of LE50,000 (US$8,300) stipulating that the cap on wages — importantly, applicable only in public sector enterprises — should not exceed 35 times the minimum wage. This rate greatly exceeds the common demand of trade unions and workers for a maximum wage of not more than 15 times the minimum.

In October 2011, Egypt’s Cabinet and National Council for Wages agreed to establish a unified minimum wage of LE700 per month ($116.) However, this rate has not yet been enforced in either the public or private sectors. This minimum wage is around half of that demanded by unions and labor organizers – which have been calling for either LE 1,200 or LE1,500 ($200-250) per month.

With the passing of Egypt’s new constitution, drafted primarily by Islamist forces, labor activists have expressed dismay regarding Article 14, which ties wages to production — as opposed to rising prices and inflation. Reservations have also been expressed regarding constitutional articles 63 and 70, which allow for certain sorts of forced labor and child labor (respectively) to be regulated by law. Furthermore, Article 53 stipulates that there can only be one syndicate per profession – intended as a blow to the growing independent union movement.

“Whenever unjust labor laws have been issued, Egypt’s workers have stood up against them and actively resisted them,” independent union-organizer Fatma Ramadan says. “The constitutional articles which violate labor and union rights will be challenged and confronted.”

“If there is enough resistance against these laws the state will either back down, or it will not be able to enforce its interventionist legislation upon workers.”

Independent union structures, like the Egyptian Federation of Independent Trade Unions (EFITU) and the Egyptian Democratic Labor Congress (EDLC) — both of which were established in early 2011 — have grown exponentially, with thousands of new members and hundreds of new unions being established.

“Regardless of the Brotherhood’s increasingly right wing tendencies, workers are still organizing their independent unions and federations,” explained Saber.

Unions for fishermen, artisans, and farmers which were established last year have grown significantly this year, according to Saber.

Moreover, previously non-organized workforces including policemen, domestic workers, street vendors and garbage collectors have established their new unions in 2012; there are even efforts at unionizing the unemployed.

In addition to this, in mid-October the EFITU and EDLC sought to merge their unions into one unified structure. These two union structures are also coordinating their efforts with a host of opposition parties coming together as the National Front for the Defense of Labor Rights and Union Liberties.

Meanwhile, both Ramadan and Saber accuse the Morsy regime of attempting to “Brotherhood-ize” the trade union movement – particularly the ETUF – via the Ministry of Manpower.

Since September of this year a number of ETUF board members have called for a unified front between this state-controlled union and the independent unions, to stand-up to Azhary’s alleged attempts at “Brotherhoodizing” the union movement.

While the exact number of industrial actions is still being tallied, estimates suggest that well over 150 strikes were reported in 2012, along with more than 2,000 labor protests and sit-ins in governorates across Egypt. Nearly one million workers and employees are reported to have embarked on industrial actions this year.

“These strikes and protests continue to take place, almost on a daily basis, because workers’ most basic demands have still not been met in the year 2012,” said Ramadan.

This year thousands of workers continued to demand their rights by protesting outside Parliament and the Cabinet as well as outside the Ministry of Manpower. In July of this year, an unprecedented development took place with thousands of angry workers taking their protests to the Ettehadiya Presidential Palace.

Despite the issuing of a law criminalizing strikes and protests in April 2011, industrial actions abound. Ruling authorities have reiterated that strikes have resulted in Egypt incurring tens of millions of pounds of lost revenue.

“Yet striking workers and professionals have launched their industrial actions with the aim of eradicating corruption within their workplaces, and improving public services,” textile union organizer Hesham al-Oql comments.

Oql expresses concern, however, “about the divisions and schisms which we have witnessed among the ranks of strikers this year. If these strikes continue to be divided then their impact will be far less effective.”

According to Saber, “The Brotherhood has generally dismissed labor protests and strikes as being narrow sector-based demands. Time and time again they’ve told Egypt’s workers that now is not the time for labor strikes or protests, insisting instead that it is time to push the wheel of production.”

The Muslim Brotherhood’s Hassan al-Brince declared that workers’ protests and sit-ins outside the presidential palace are being organized by “counter-revolutionary forces” that “aim to topple Morsy,” by giving “the impression that the president is unable to resolve their problems.”

Another Brotherhood member, Sabry Amer, referred to the Public Transportation Authority strike as “an act of treason.”

Since the 25 January revolution, an estimated 300 unionists have been “punitively sacked” from their jobs for organizing unions and/or strikes, according to Ramadan.

“Ruling authorities have failed to prevent the punitive sackings of elected unionists. These sackings of unionists by private employers, and by state officials in the public sector, constitute blatant violations of the International Labor Organization’s conventions, which the Egyptian state has ratified,” added Saber.

According to Ramadan, “tens of workers and unionists have been referred to the prosecution this year merely for exercising their right to strike.”

In August, police shot dead an unemployed worker demanding work at an Alexandria power plant, while a string of security crackdowns during the month of September targeted striking petroleum workers, protesting teachers, and tree-planting workers.

Government measures are not believed to be detrimental to the labor movement, however.

With dwindling economic resources through which the old regime used to partially appease labor agitation, questions loom around how much and for how long the current Brotherhood regime can afford political restrictions. 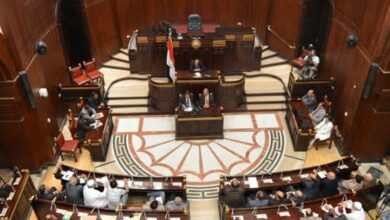 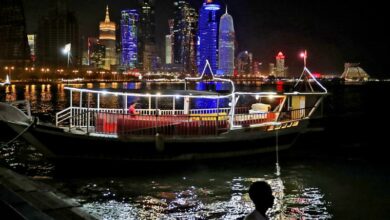