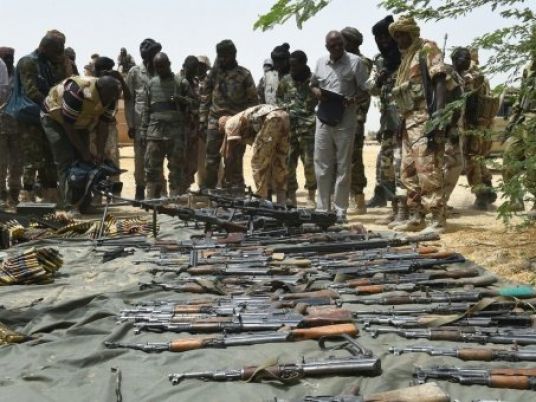 The Chadian government said Sunday that soldiers repelled two attacks by Boko Haram on army posts around Lake Chad, leaving 14 militants dead.
"Two members of Boko Haram were neutralized and a third blew himself up, wounding 11 civilians" during an attempted suicide attack on the Bougouma army post, the government said in a statement, referring to the Nigerian jihadist group.
Soldiers killed 11 Boko Haram members during a second attempted attack on the Kaika army post, also in the Lake Chad region, the statement said.
It said the situation had been brought "under control" without elaborating.
A triple attack on October 10 killed 41 people at Baga Sola, also near Lake Chad, where tens of thousands of Nigerian refugees and Chadians displaced by Boko Haram violence have sought shelter.
The Chadian army has since the start of this year been involved in a regional offensive against Boko Haram, which has pledged allegiance to the Islamic State jihadist group operating in Syria and Iraq.
Boko Haram has been hit hard by the multinational offensive, losing territory, but it has launched attacks and bombings in response.
At least 17,000 people have been killed, mainly in Nigeria, and more than 2.5 million made homeless since the Boko Haram insurgency began in 2009.