Facebook Twitter LinkedIn
At least one person died from a shot to the head, while 17 residents and three policemen were injured in clashes between two Daqahlia families over diesel fuel.
Three houses were also set ablaze.
The family feud began with an altercation between a driver belonging to the Abu Amin family and another from the Manzalawy family over who was first in line for diesel fuel at a Nabrawa City gas station.
The argument escalated into a fight with bladed weapons, which later became a major feud between both families that involved firearms.
Dozens of Manzalawy family members set fire to a house belonging the Abu Amin family while 15 people were still inside.
They also fired bullets at the home to prevent people from escaping the fire.
But residents managed to escape by via the roof and commenced exchanging fire with the shooters.
Abdallah Abdel Hamid al-Manzalawy, 35, was shot in the head and transferred to hospital in serious condition. He later died of his injuries, which pushed the infighting to a new extreme.
When police forces arrived on scene, the Manzalawy family fired at the police to prevent them from interfering, seriously injuring Sergeant Ahmed Abdel Shafy Mansour.
He was also taken to hospital in serious condition.
The police, with help from the Central Security Forces, used tear gas to disperse crowds and put out the fire that had spread to two other homes.
Eyewitnesses said dozens of Manzalawy family members laid siege to a hospital in Nabrawa City to prevent Abu Amin family victims from being treated. This forced ambulances to transfer victims to four other facilities.
Central Security Forces and armored vehicles were deployed in the city to restore calm.
The Public Prosecution is investigating the incident by gathering testimonies from those hospitalized and ordering an autopsy on the man killed.
Edited translation from Al-Masry Al-Youm
Tags
Daqahlia diesel fuel shortage family feud firearms shootout 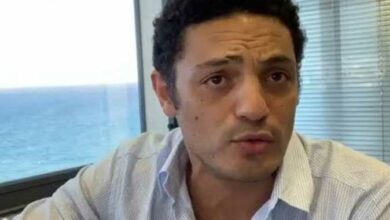