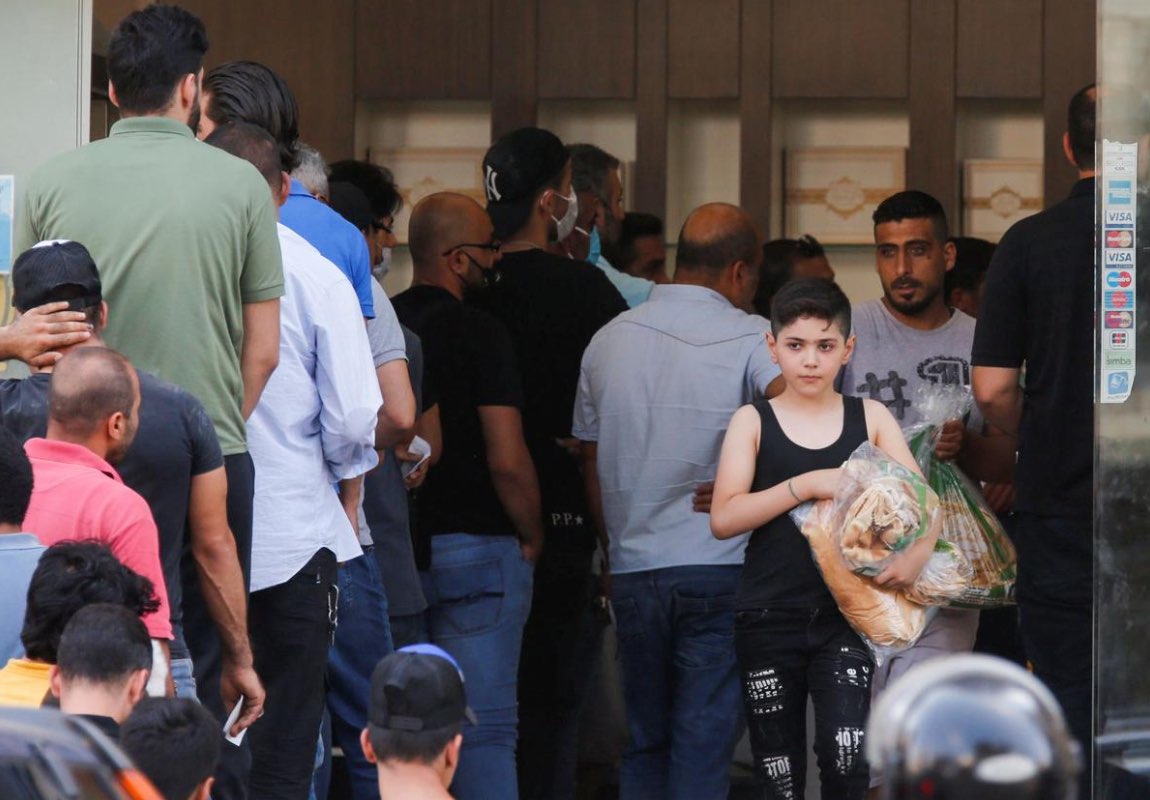 BEIRUT (Reuters) – The Lebanese government on Tuesday raised the price of a 900-gram loaf of partially subsidized bread to 2,000 pounds from its pre-October-crisis price of 1,500 pounds in the first such price change in eight years.

The pound, which is officially pegged at 1,500 to the dollar, has lost over 80 percent of its value since October and is now trading at nearly 9,000 to the dollar on the black market after sharp falls in recent days.

Since October Lebanon has been in a financial crisis that has seen businesses close and prices and unemployment soar.

The crisis is seen as the worst threat to its stability since the 1975-90 civil war.

The heavily indebted country has maintained an official dollar peg of 1,507.5, but dollars at this level have been rationed exclusively for imports of fuel, medicine, and wheat.

In recent days there have been long queues in bakeries as oven owners stopped selling their bread to shops, complaining that their production costs had spiraled due to the rapid depreciation in the value of the pound.

Flat bread is a staple food for the majority of the population in the Middle East.

Ali Ibrahim, the head of the Lebanese Ovens Association, told Lebanese LBC TV broadcaster the decision should “have been taken a while ago.”

The bread crisis sparked renewed anti-government protests on Saturday and Sunday as demonstrators blocked main highways across the country.

Angry protesters again took to the streets on Tuesday in the heart of the capital Beirut, paralyzing traffic in sporadic demonstrations over deteriorating living conditions.