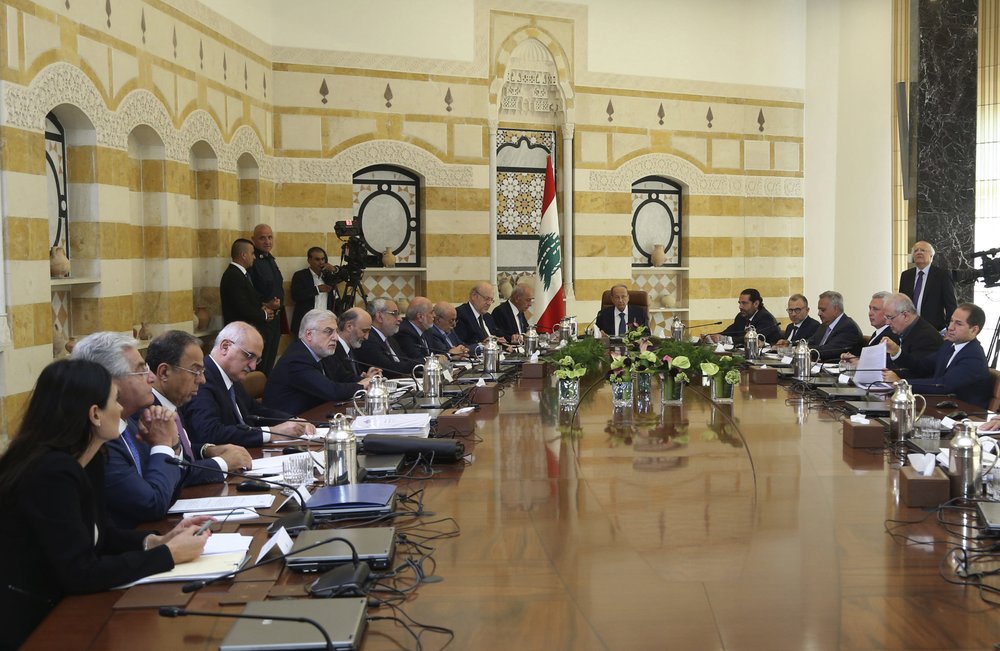 BEIRUT (AP) — Lebanon’s political leaders declared what they called an economic state of emergency Monday following a meeting aimed at finding a solution to the country’s economic crisis, raising concerns that more taxes will be imposed.

Lebanon has one of the world’s highest public debts in the world, standing at 150% of gross domestic product. Growth has plummeted and budget deficit reached 11% of GDP as economic activities slowed and remittances from Lebanese living abroad shrank.

The meeting at the presidential palace discussed measures to be taken in the near future and as part of the 2020 draft budget.

Prime Minister Saad Hariri told reporters after the meeting that the leaders have agreed on “declaring an economic state of emergency” and the formation of a committee that will follow on the situation.

Hariri added that employment in the public sector will be frozen and work will begin for a new retirement system. He said officials will work on reducing the percentage of the debt through partnership between the public and private sectors.

President Michel Aoun said in a speech at the opening of the one-day session that everyone should make “sacrifices” in order to get one of the world’s most indebted countries out of its problems.

“We have to unite our efforts to come out with solutions to the economic crisis that is strangling the dreams and hopes of our people,” Aoun said.

No official details about the expected measures have been made public but economists who took part in preparatory talks for Monday’s meeting said they included raising tax on gasoline, boosting the value added tax from 11% to 15% on luxury items, as well as fighting tax evasion.

The meeting came 10 days after international ratings agency Fitch downgraded Lebanon’s ratings and as tensions on the border with Israel increased in recent days. Hezbollah on Sunday fired a barrage of anti-tank missiles in retaliation for an airstrike that targeted the group in Syria and an alleged Israeli drone attack south of Beirut late last month.

The recent developments have led for the first time in years for the U.S. dollar to reach 1,560 Lebanese pounds on the black market, compared with the 1,500 that has been fixed since 1997.

Hariri vowed that the peg of the Lebanese pound to the American currency will remain in place.

Corruption-plagued Lebanon suffers from one of the world’s highest debt ratios, high unemployment and little growth.

In July, Lebanon’s parliament ratified a controversial austerity budget that aims to save the indebted economy.

Hariri said Lebanon has a period of six months to act and it is better “that we not become like states that collapsed.”

In January, Moody’s downgraded Lebanon’s issuer ratings to Caa1 from B3 while changing the outlook to stable from negative.

Photo: In this photo released by Lebanon’s official government photographer Dalati Nohra, Lebanese President Michel Aoun, center, meets with political leaders with the aim of finding solutions to the country’s economic crisis, in the presidential palace, in Baabda, east of Beirut, Lebanon, Monday, Sept. 2, 2019. Aoun said in a speech at the opening of the one-day session that everyone should make “sacrifices” in order to get one of the world’s most indebted countries out of its problems. (Dalati Nohra via AP)