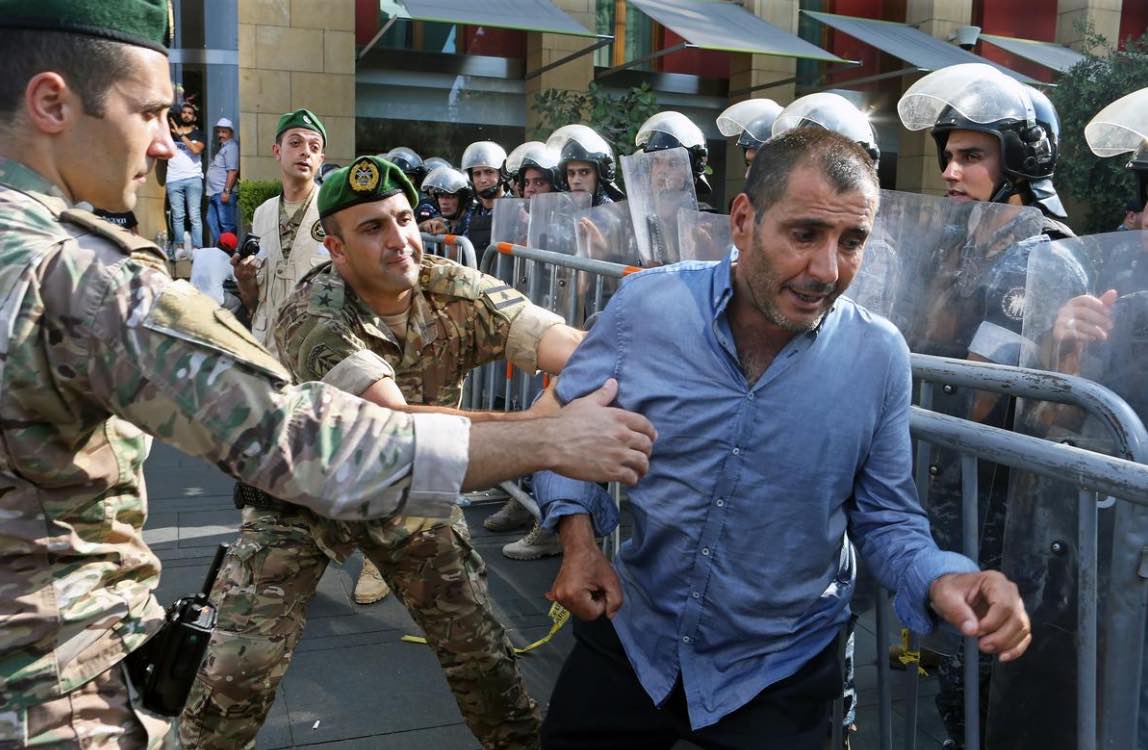 Hariri’s office said the incident, in which nobody was hurt, took place during a tour of the eastern Beqaa valley and was not made public at the time to prevent inflaming passions in an already politically charged atmosphere.

“Since the convoy did not get exposed to any attack … [Hariri’s] decision was to keep it secret and await the results of the relevant security forces,” it said in a statement.

Remnants of a missile were found almost 500 metres away from the route taken by Hariri’s 30-car convoy, which was equipped with jamming systems, Saudi owned pan-Arab Al Hadath TV station said in a report on the incident on Sunday.

Hariri, Lebanon’s leading Sunni Muslim politician, resigned last October in the face of mass protests against the sectarian ruling elite. The country has since then been in the throes of the worst economic and political crisis since its 1975-90 civil war.

Hariri’s father, also a former prime minister, was killed by a bomb in 2005.

Image: Lebanese army soldiers hold a veteran during a protest against any cuts to their benefits in the state budget, at downtown Beirut, Lebanon July 19, 2019. (REUTERS/Mohamed Azakir)