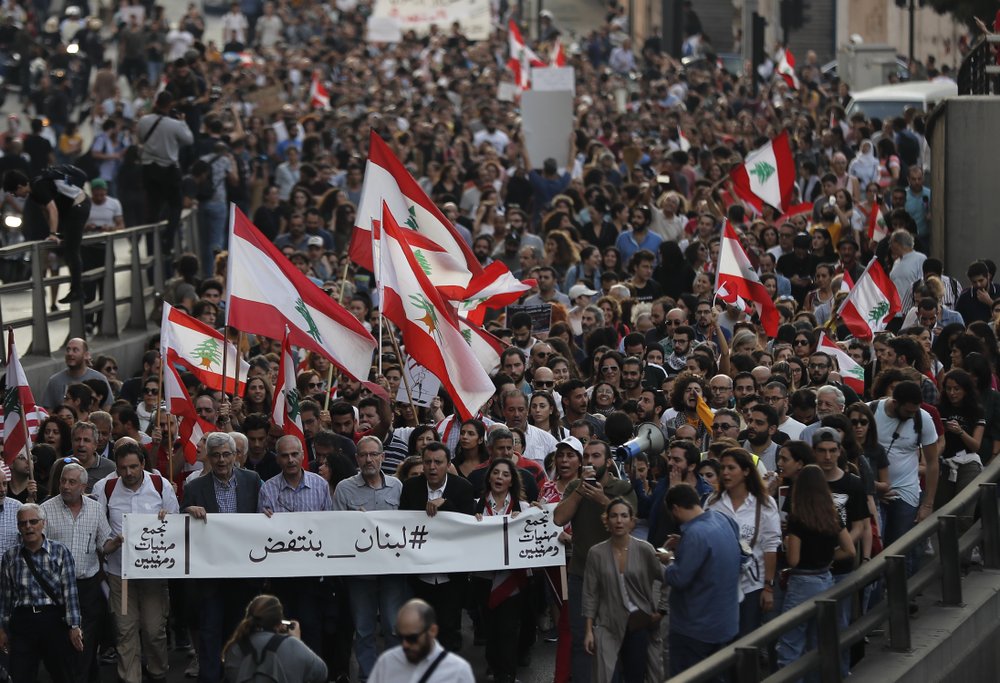 BEIRUT (AP) — Lebanon’s private banks have reopened after a two-week closure because of anti-government protests.

The reopening on Friday follows Prime Minister Saad Hariri’s resignation this week, a key demand of the protesters.

There are concerns the reopening of the banks would lead many to withdraw their money, fearing economic collapse.

A banker told The Associated Press “there are no restrictions” on those who want to withdraw money. The banker spoke on condition of anonymity as he was not authorized to talk to reporters.

Lebanese have been protesting since Oct. 17, demanding an end to widespread corruption and mismanagement.