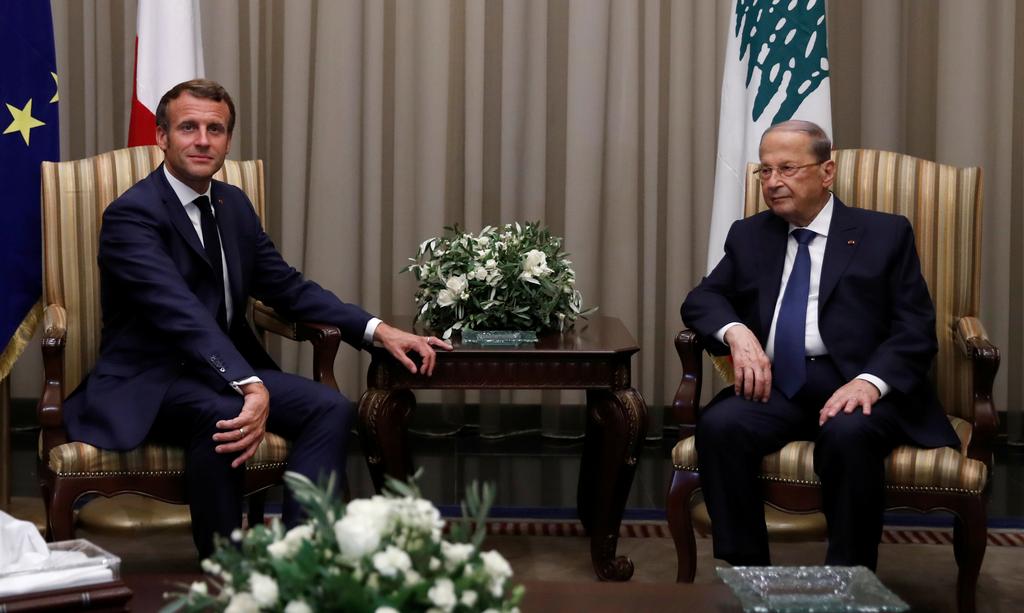 BEIRUT (Reuters) – French President Emmanuel Macron will mark Lebanon’s centenary on Tuesday by planting a cedar tree, the emblem of the Middle East nation that is collapsing under the weight of a crippling economic crisis.

In his second trip to Lebanon in less than a month, Macron is expected to lean on Lebanon’s fractious leaders to carry out economic reforms that are vital to getting the country out of crisis and unlocking foreign aid.

With its economy in deep crisis, a swathe of Beirut in tatters following a huge explosion at the port on Aug. 4, and sectarian tensions rising, Lebanon is facing the biggest threat to its stability since the 1975-1990 civil war.

Macron, who also visited in the immediate aftermath of the blast that killed more than 190 people and injured 6,000, was due to head northeast of Beirut to a reserve to plant the tree.

The French air force display team is scheduled to perform a display over the country with Lebanon’s national colors.

Lebanon’s modern borders were proclaimed 100 years ago by France in an imperial carve-up with Britain after the First World War. Lebanon gained independence in 1943.

Macron, who has been at the center of international efforts to press Lebanese leaders to tackle corruption and take other steps to fix their country, began his trip late on Monday by meeting Fairouz, 85, one of the Arab world’s most famous singers whose music transcends Lebanon’s deep divisions.

He was greeted by dozens of protesters gathered outside, who held placards reading “No cabinet by, or with, the murderers” and “Don’t be on the wrong side of history!”

He told reporters on Monday he wanted to “ensure that the government that is formed will implement the necessary reforms.”

In the hours before his arrival, Lebanese leaders designated a new prime minister, Mustapha Adib, reaching a consensus among major parties that senior Lebanese politicians said was forged under pressure from Macron over the weekend.

Macron agenda includes a tour of the devastated Beirut port, the site of the catastrophic Aug. 4 chemicals explosion, meeting President Michel Aoun for an official reception marking the country’s centenary, and an afternoon of political meetings with Lebanon’s various factions.

After being designated on Monday, Adib called for the rapid formation of a government, the immediate implementation of reforms and an agreement with the International Monetary Fund.

Lebanon’s economic crisis is rooted in decades of state corruption and waste that landed the state with one of the world’s heaviest public debt burdens.

Since October, the currency has collapsed, savers have been frozen out of their deposits in a paralyzed banking system, and poverty and unemployment have soared.

France’s foreign minister said last week that Lebanon risked disappearing because of the inaction of its political elite who needed to quickly form a new government to implement reforms.