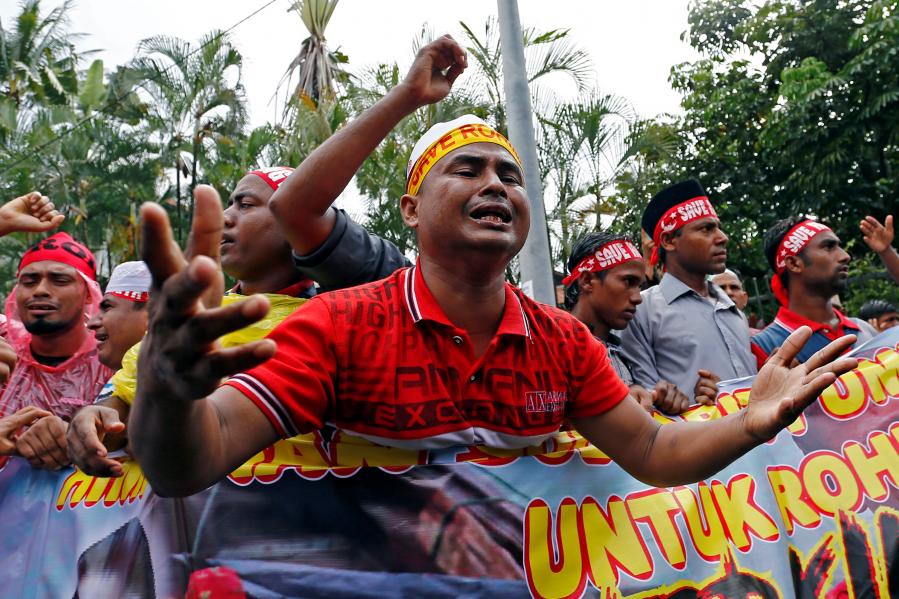 Malaysia’s coast guard will not turn away Rohingya Muslims fleeing violence in Myanmar and is willing to provide them temporary shelter, the maritime agency’s chief said on Friday.

Rohingya insurgents attacked several police posts and an army base in Myanmar on Aug. 25. The ensuing clashes and a military counter-offensive have killed at least 400 people and triggered an exodus of more than 160,000 to neighboring Bangladesh.

Malaysia, hundreds of km (miles) to the south on the Andaman Sea, is likely to see more boat people from Myanmar in coming weeks and months because of the renewed violence, said Zulkifli Abu Bakar, the director-general of the Malaysia Maritime Enforcement Agency.

However any such voyage would be hazardous for the next few months, because of the annual monsoon.

“We are supposed to provide basic necessities for them to continue their journey and push them away. But at the end of the day, because of humanitarian reasons, we will not be able to do that,” Zulkifli told Reuters, adding that no fresh refugees had been seen yet.

Malaysia, a Muslim-majority nation already home to more than 100,000 Rohingya refugees, will probably house the new arrivals in immigration detention centers, where foreigners without documents are typically held, he said.

Malaysia, which has not signed the UN Refugee Convention, treats refugees as illegal migrants.

Thailand has also said it is preparing to receive people fleeing the fighting in Myanmar.

The mission, to be led by the Malaysian armed forces, is a “manifestation of Malaysia’s strong objection of the continued suppression of the Rohingya community by the Myanmar security forces,” Najib said in a statement.

The mission will leave on Saturday to review the situation in refugee camps. Malaysia Airlines and Malindo Air will help in the distribution of aid, the statement added.

Malaysia will hold talks with Bangladesh to set up a military hospital at the border, Najib added.

There are about 59,000 Rohingya refugees registered with the United Nations High Commissioner for Refugees (UNHCR) in Malaysia although unofficial numbers are almost double.

In 2015, mass graves were exhumed at jungle camps on the border between Thailand and Malaysia that were thought to be mainly Rohingya victims of human traffickers.

'And then they exploded': How Rohingya insurgents built support for assault