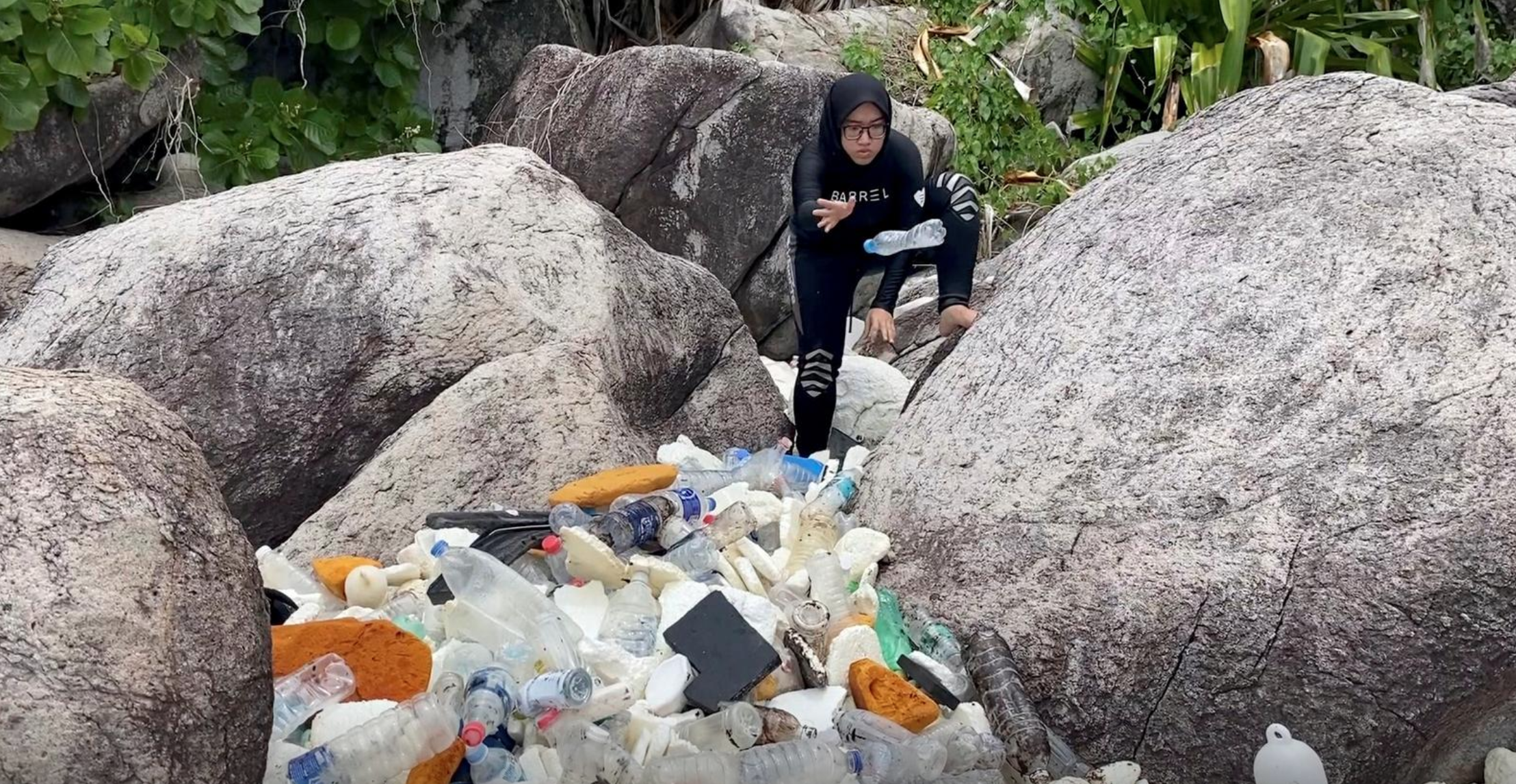 TIOMAN, Malaysia (Reuters) – Every weekend, a team of volunteers comb the coastline of the Malaysian resort of Tioman to collect plastic trash that washes up on the white-sand beaches of the island lapped by the South China Sea.

But rather than burn or bury the trash, it is being recycled into plastic pellets so that it can be used to make a range of products from auto parts to home appliances and furniture.

“Everything is wrapped in plastic these days so it’s incredibly hard,” said Sydney Steenland, the founder of the Sea Monkey Project, a non-governmental group involved in recycling ocean waste.

While the initiative does help clean up the environment and recycle waste, Steenland admits “it’s never going to actually stop the situation if you don’t tell people to stop using the plastic first.”

Heng Hiap, based in the southern Malaysian state of Johor, is one of a growing number of companies working with environmentalists to collect and remove plastic waste in the country’s waters.

“Marine pollution is becoming a problem and we decided to focus on ocean-bound plastic material,” said the company’s founder Seah Kian Hoe, noting the aim was to serve conscientious consumers.

Conservation group WWF released a report earlier this year saying that out of six Asian countries Malaysia was one of the leading consumers of plastic packaging, at around 16 kg (35 lb) per person each year.

The report looked at China, Indonesia, Malaysia, the Philippines, Thailand and Vietnam, which are estimated to contribute 60% of the roughly 8 million tonnes of plastic that enters the world’s oceans each year.

The pellets made by Heng Hiap are sold to companies such as Kian, a furniture maker.

“Every chair that comes out from the machine we know that this has recycled part of the trash that we have created in the first place,” said Irene Lim, Kian’s furniture branding manager, in a showroom in Kuala Lumpur.

A woman clears trash by the sea at Tioman Island, Pahang, Malaysia, September 13, 2020, in this still image from video obtained via social media. Video taken September 13, 2020. The Monkey Project via REUTERS.