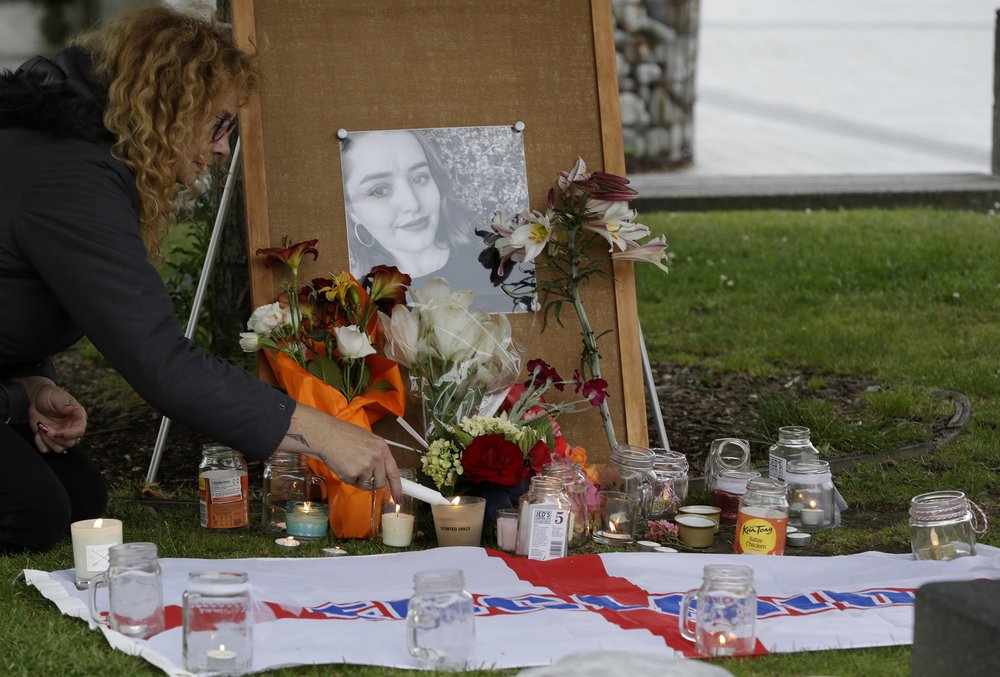 Millane died last December on her birthday after meeting the man through the dating app Tinder, going out for drinks with him, and then returning to his hotel apartment in central Auckland.

But the jury didn’t buy the defense. After the three-week trial, they deliberated for about five hours on Friday afternoon before returning the guilty verdict.

The name of the 27-year-old man is being kept secret for now by court order, a restriction that is sometimes imposed in the New Zealand judicial system. The man will likely face a mandatory life sentence, which comes with a minimum 10-year non-parole period. He is due to be sentenced Feb. 21.

After the trial, Millane’s parents Gillian and David tearfully told media the verdict was welcomed by friends and family alike.

“It will not reduce the pain and suffering we have had to endure over the past year,” David Millane said. “Grace was taken in the most brutal fashion a year ago and our lives have been ripped apart.”

He said that “Grace was our sunshine and she will be missed forever.”

Millane had been traveling through New Zealand as part of a planned yearlong trip abroad after graduating from university.

After the man killed Millane, he stuffed her body into a suitcase, drove to the Waitakere Ranges forest and buried her in a shallow grave, where police found her body a week later.

Her death shocked many in New Zealand, which prides itself on welcoming tourists and where many people travel abroad as well. Hundreds of people attended candlelight vigils after she died, and Prime Minister Jacinda Ardern spoke about New Zealanders feeling “hurt and shame” that she was killed in their country.

Tourism is also one of New Zealand’s largest industries, accounting for more than 20% of foreign exchange earnings and about 6% of the overall economy.

The case has been closely followed in Britain as well.

Among the key pieces of evidence for prosecutors was testimony from pathologists about the length of time, about five to 10 minutes, and amount of force it would take to kill somebody by strangling them.

Prosecutor Brian Dickey said that at some point, Millane would have lost consciousness, meaning the man would have needed to keep strangling her after she went lifeless under his grip, news organization RNZ reported.

One woman, who had previously dated the man, testified she feared for her life during a sexual encounter with him after the man sat on her face, restricting her breathing without her consent.

Prosecutors said the man took explicit photos of Millane after she died, RNZ reported, and used Google to search for “Waitakere Ranges” and “hottest fire” as he tried to figure out how to dispose of her body.

Defense lawyers argued Millane’s death came down to two young, drunk and inexperienced people taking rough sex too far. The man told police that Millane had asked him to choke her and then encouraged him to use more force.

The defense argued the Google searches were random and it wasn’t until the next morning when the man woke up that he realized Millane was dead and panicked, deciding to bury her rather than calling emergency services.

“It is natural for you to have sympathy for the Millane family and for Grace, who was here on what should have been a happy and exciting adventure,” Auckland High Court Judge Simon Moore told jurors in his summing up, news organization Stuff reported.

But the judge said jurors couldn’t let media reports or their emotions intrude on their “solemn task” of reaching a verdict based solely on the evidence presented in the courtroom.