The mismanagement of medical waste has been a problem in Egypt over the past two decades, and despite periodic efforts on behalf of the government and private bodies, it remains largely unresolved, says Ezzat Naiem, founder and director of the Spirit of Youth for Environmental Services NGO.

Medical waste consists of products that are hazardous for health, safety and environmental reasons, such as syringes, blood vials and anatomical waste. If not disposed of properly, this waste poses a serious threat to the environment and people living near garbage dumps, who are put at risk of contracting infectious diseases.

“Every now and then when things reach critical levels, there will be a sensationalist crackdown,” says Naiem, referring to a scandal in 2010 that led to the conviction of several people for selling the waste, “or a huge campaign will take place when a new waste facility is established, but the systemic causes behind it remain unaddressed.”

A Cairo University Hospital janitor and two brothers in Alexandria were convicted last march in separate cases of trading medical waste. According to the Environment Ministry, they planned to sell the waste to recycling plants or turn it into plastic products such as toys.

At the time, then-Environment Minister Maged George said the ministry’s Alexandria branch had launched a campaign in hospitals, private clinics and labs to make the waste less accessible, according to Al-Masry Al-Youm.

Naiem, as a function of his NGO’s waste management programs, has worked with the zabaleen (trash collectors) on various garbage disposal sites throughout Cairo, where he says he saw significant quantities of medical waste arrive among the deluge of domestic and municipal waste.

According to experts and the Environment Ministry’s latest hazardous waste management report, Cairo has the best waste management infrastructure in the country. But tracing the source of the waste and attempting to stop the infraction is no straightforward task.

There are strict hospital waste management laws on Egypt’s books, but their enforcement is murky, according to Gehad Abul Ata, deputy general manager of environment and services at Cairo University.

Law 4/1994, its amended Law 9/2009, and Law 192/2001 are together supposed to ensure that proper waste segregation occurs, that suitable disposal and treatment facilities exist, and that routine dump site checks take place. However, the enforcement of these laws remains weak due to unclear responsibility allocation.

Spokespersons for the Health and Environment ministries told Egypt Independent that they are continuously doing what they can to address any reports from NGOs regarding improper waste disposal. They also said vast improvements have been made to the system, and that any remaining violations are minimal. The Ministry of Local Administration was unwilling to provide a statement.

According to Tarek Genena, director of EcoConServ, a private environmental consulting and services firm, small clinics and hospitals are some of the main culprits because they produce significant amounts of medical waste but often do not have access to proper disposal and treatment facilities.

EcoConServ works with government bodies to address the issue and provides disposal services to more than 850 private and public establishments daily, including hospitals, clinics and laboratories.

“I wouldn’t be exaggerating if I said 80 percent of [medical waste] is not being disposed of responsibly,” he says. “In fact, the majority of small hospitals and medical clinics around the country only have a single domestic waste bin, and smaller ones perhaps not even that.”

Genena explains that smaller facilities outside of urban areas often take their trash directly to a nearby, self-allocated dumpsite.

However, individuals from major institutions such as Demerdash Hospital in Abbasseya also admit that despite having incinerators, burning facilities and color-coded bins inside the hospital to separate domestic from hazardous waste, some staff members continue to neglect the rules.

“It’s not a matter of education or regulation,” says Mohamed, a resident doctor who requested that his full name not be disclosed. “We all took the same courses and know the color codes very well — black for domestic, red/yellow for hazardous, etc. — yet sometimes I’ll see a doctor throw hazardous waste into the domestic bins.” Mohamed attributes this phenomenon mostly to young doctors, whom he also defends as severely overworked.

Ahmed, a resident doctor at Imbaba General Hospital who also requested to be referred to by his first name only, gives a similar account. He says disposal routines are also questionable, which he attributes to employees often looking to do the least amount of work possible who are dumping waste in the nearest bin.

Aside from loose or nonexistent regulatory enforcement, Abul Ata, also attributes the problem to the lack of waste management education outside the major governorates, as well as a general culture of accepted environmental negligence, seen in common practices such as littering.

However, he insists that although major problems still exist, Egypt has come a long way in terms of medical waste management since the early '90s.

“The facilities and services are available, the personnel are there, and awareness and education are also on the rise. They just need to be properly connected to one another,” he says.

Meanwhile, dealing with the consequences of medical waste mismanagement still remains primarily on the shoulders of various NGOs.

The Association for the Protection of the Environment is only one of the many NGOs engaged in awareness campaigns. The organization not only attempts to segregate waste on-site at the garbage dumps and direct it to the proper facilities, but also provides vaccinations to individuals who have contracted diseases from hidden syringes and other medical waste.

Mostafa Fathy, an affiliate of the association, believes that Egypt’s medical waste management deficiencies stem from an “out of sight, out of mind” mentality that pervades urban communities. But one only has to hear Fathy recount tales of second-hand syringes being reused as shisha mouthpieces to recognize the severity of the problem and the general lack of awareness and attention surrounding it. 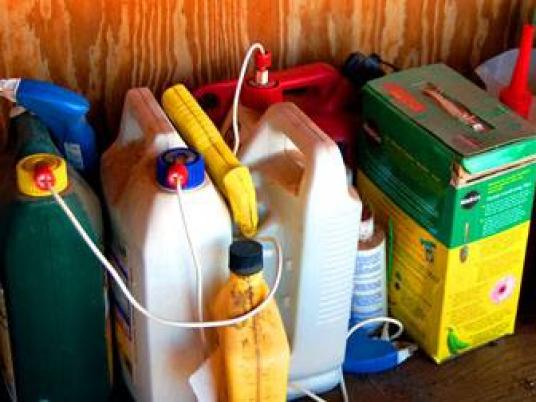 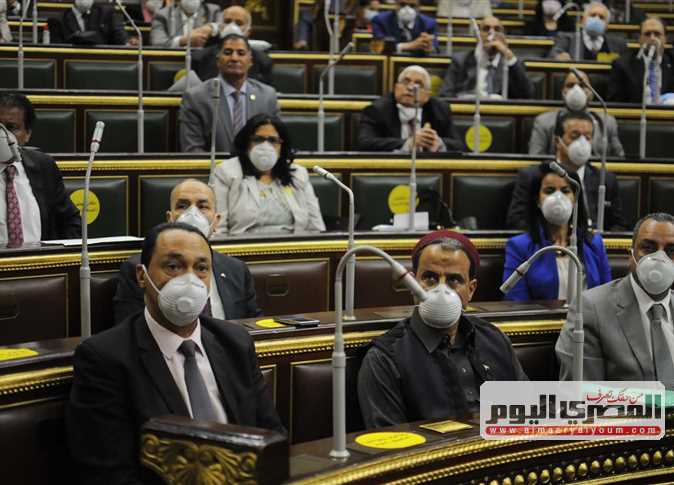 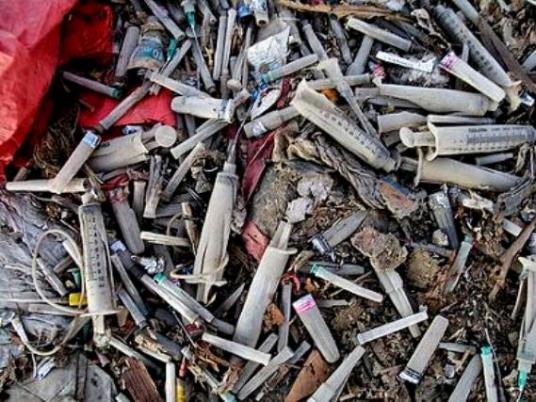