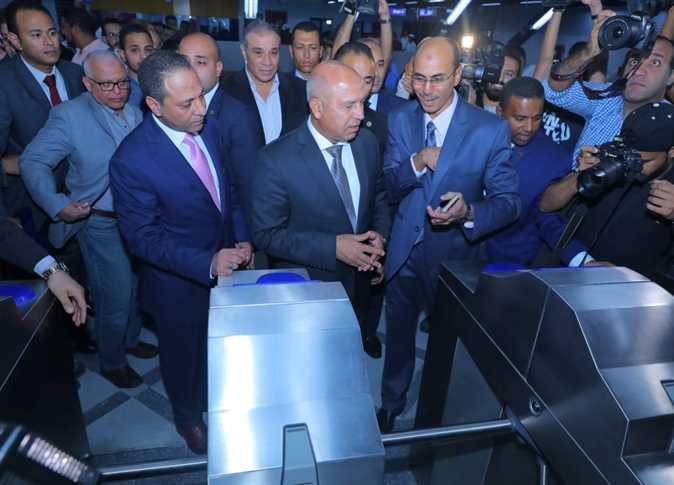 The Cairo Metro has stopped metro movements in the three stations Ghamra, Demerdash and Manshiyet al-Sadr following a malfunction in the metro’s electric grid, said Spokesperson of the National Authority for Tunnels Ahmed Abdel Hady.
Abdel Hady clarified that the lift of a crane fell on the electric grid and disrupted it while the metro company was using the crane to remove a billboard near a metro wall between the two stations.
He added that the Transportation Police seized the crane, and all emergency teams moved to the location of the incident to repair the electric grid.
Abdel Hady pointed out that the metro movements work from Kopri al-Qubba station to al-Marg al-Gadeda station and from al-Shohadaa metro station to Helwan metro station, asserting that the metro movements have stopped in the three stations Ghamra, Demerdash and Manshiyet al-Sadr.
The Cairo metro is a vital transport service in the city that transports about 4.4 million people daily, including two million on the first line Marg – Helwan, 1.7 million on the second line Shubra al-Khaimah – Moneeb, and 700,000 on the third line of Ataba – al-Shams Club in Heliopolis.
Edited translation from Al-Masry Al-Youm