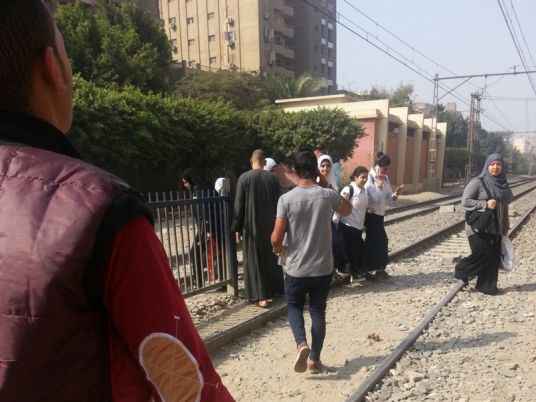 The Cabinet approved the decision after it reviewed the financial situation of the National Authority for Tunnels which suffers from losses because of the metro service, Arafat said.

The decision was necessary to guarantee that the metro service would not be suspended and would be able to absorb the growing number of users after operating new lines, he added.

The increase in the metro tariff does not apply to the special offers made for the elderly and people with special needs, he pointed out.

The increase came in light of increases in electricity and spare-part prices, in addition to the need to carry out development projects, a statement by the Transport Ministry said Thursday evening.

The metro service has accrued losses of up to LE200 million annually, since 2010; beside accumulated debts of up to LE500 million, owed to a number of ministries and companies, according to the statement.

Mohamed al-Kurani, a member of the Transportation Committee of the House of Representatives, said that he would call for the Minister of Transport to be summoned on the back of the issuance of this decision; adding that the minister had promised members of the committee to develop solutions to avoid raising the price of the ticket.

MP Diaa Eddin Dawoud from Damietta governorate, presented an urgent statement to the parliament speaker Ali Abdel Aal to be submitted to the transport minister, over the ticket price increase.

He said that the increase added more burdens on citizens who were already exhausted by the government's decisions; describing those decisions as "not aimed at supporting people and their development;" he suggested instead that the rationalization of spending and busting corruption would be better solutions than collecting money from the pockets of citizens.

Dawoud described what he called the exclusion of the House of Representatives from such decisions as a very serious matter, and "an underestimation of Parliament that should not pass unnoticed."