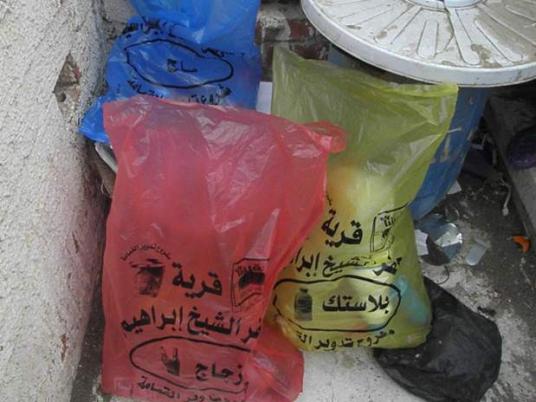 The governorate of Monufiya has launched a new recycling initiative: in an attempt to improve its waste management system it is encouraging residents to separate their trash at home.

In various towns and villages throughout Monufiya, residents can obtain colored plastic bags — yellow, red, white and blue — that represent various types of waste — plastic, glass, organic and metals, respectively. Three times a week, a tractor will pass through various neighborhoods collecting a different type of waste — plastic or glass, etc. — from participating residents. The items are then stored separately and eventually sold, except for the organics, which are turned into compost to be sold to farmers from the governorate. 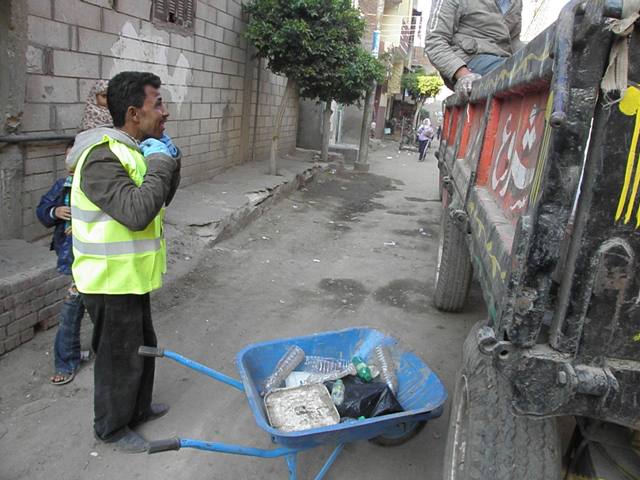 Mohamed Fathy, professor of plant pathology at Monufiya University and organic agriculture specialist, came up with the segregation at the source idea in the middle of last year. It was soon met with strong support from Governor Ashraf Helal — who gave the initiative a LE10,000 budget — and various other environmentalists and academics.

To test the recycling initiative on the ground, the village of Kafr Sheish Ibrahim was chosen as to pioneer the segregation. Around twenty families were offered a LE15 Egyptian pounds incentive to join the initiative, as well as being exempt from having to pay their LE3 monthly garbage collection fee. In addition to this, the money produced from selling the waste would then be reinvested into the respective community in the form of educational facilities or gardens, for example.

According to Fathy, word of the initiative and the communal funds produced from selling the waste soon spread, encouraging the majority of the village to join – later spreading to other towns and villages, too.

The initiative is struggling in its early stages, as many residents are still not able to obtain colored bags easily, and often residents will separate the waste incorrectly.

However, when Egypt Independent visited, residents who did not have access to colored bags would still separate the waste into ordinary bags that could be sorted on the tractor during collection day.

Despite the hindrances to the program, Essam Abdalla, one of the coordinators, says that LE750 has been generated for the village of Kafr Sheikh Ibrahim since December last year. The money was reinvested into books that are now situated in the village’s cultural center.

One resident involved in the initiative, Um Ahmed, says that she sees it as a good cause, and is looking forward to seeing the money reinvested into her community.

“Of course it is going to take a long time for the new system to be working properly, but it’s a start,” says Fathy, who predicts it will be at least another year until the initiative is working thoroughly and financially self-sustaining. 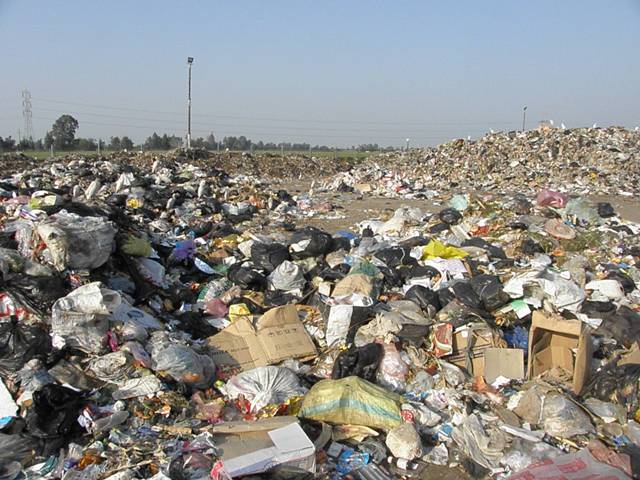 Currently, the majority of the governorate’s waste is sent to a recycling factory where the waste is separated by hand from conveyor belts.

However, the amount of waste coming in is extremely large, and various items often blow away into nearby fields and canals, and the organic waste has bits of inorganic waste remaining in it.

“The more we can encourage the people of Monufiya to separate the waste at home, the better the whole system will become,” says Fathy, who predicts that up to 70 percent of the governorate’s waste will eventually be recycled efficiently.

Organic waste that arrives in the white bags is also turned into compost at the recycling factory, where it is grinded up and sold to farmers. However, the quantities are still small.

“It’s an initiative that will benefit many people from Monufiya in many different ways,” says Fathy.

Currently the initiative is only operating in Monufiya, but Fathy says he has received interest from the governors of Sharkeya and Gharbeya, but not from Cairo or Giza.