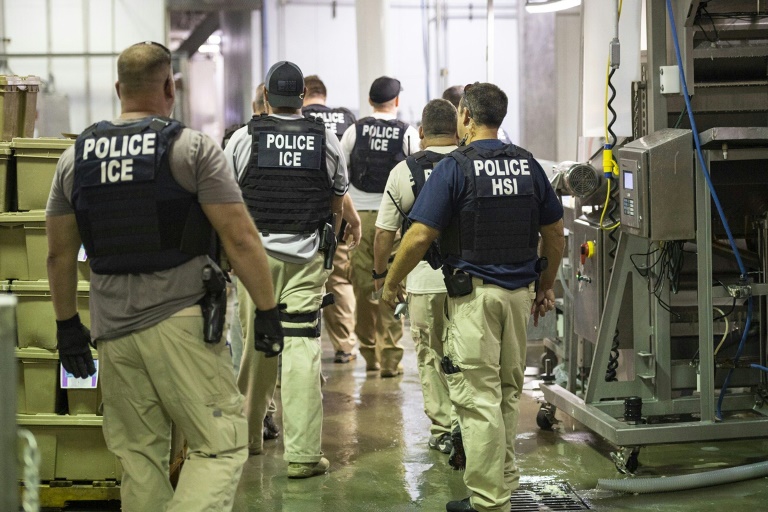 More than 100,000 children are currently being held in migration-related detention in the United States, often in violation of international law, the UN said Monday.

Lead author of the United Nations Global Study on Children Deprived of Liberty, Manfred Nowak, said the figure refers to migrants children currently in custody who reached a US border unaccompanied, as well as those detained with relatives and minors separated from their parents prior to detention.

“The total number currently detained is 103,000,” Nowak told AFP, calling it a “conservative” assessment, based on the latest available official data as well as “very reliable” additional sources.

Globally, at least 330,000 children across 80 countries are being held for migration-related reasons, according to the global study that launched Monday, meaning the US accounts for nearly a third of such detentions.

The study in part looked at violations of the UN’s Convention on the Rights of the Child, which mandates that child detentions be used “only as a measure of last resort and for the shortest appropriate period of time.”

The US is the only UN member state that has not ratified the convention which took effect in 1990.

But Nowak said that did not absolve President Donald Trump’s administration of wrongdoing with respect to the detention of migrant children at the southern border with Mexico.

“Migration-related detention for children can never be considered as a measure of last resort or in the best interest of the child. There are always alternatives available,” Nowak told reporters in Geneva.

He added that even though the US has not ratified the child rights convention, it is bound by the convention on civil and political rights, which forbids cruel and inhuman treatment.

“Separating children, as was done by the Trump administration, from their parents, even small children, at the Mexican-US border… constitutes inhuman treatment for both the parent and the children,” Nowak said.

“There are still quite a number of children that are separated from their parents, and neither the children know where the parents are nor the parents know where their children are. That is something that should definitely not happen again.”

Nowak said the Trump administration did not reply to a questionnaire submitted to member states while the report was being researched.

Overall, the UN study found that more than seven million children are being held worldwide in a range of facilities and institutions.

It looked at various factors driving the problem, including children detained in armed conflict and judicial action linked to minor offenses like truancy or underage drinking.

Policies in place across the globe stand “in direct contrast” to the requirements of the child rights convention, the report found, calling for renewed effort to ensure that child detentions occur only in exceptional cases.

Image: US Immigration and Customs Enforcement/AFP/File / HO Nearly a third of the children being held in migration-related detention across the world are in the US, the UN said Monday

US to send asylum seekers back to dangerous part of Mexico

As US agents prepare to arrest 'thousands,' migrants live in fear