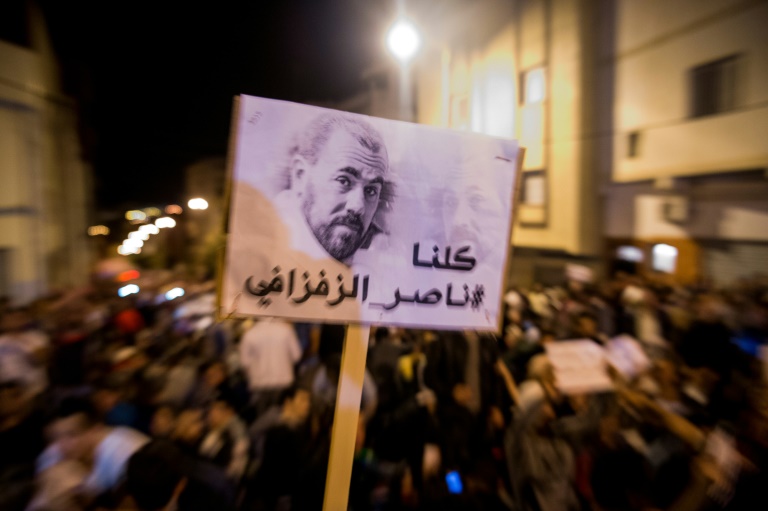 Dozens of activists linked to the Hirak protest movement that rocked northern Morocco in 2016 and 2017 had prison sentences of up to 20 years upheld by a court of appeal on Friday.

The ruling against the 42 protesters in the western city of Casablanca was met with cries of “corrupt state” from relatives.

The social unrest was sparked by the death of a fisherman and escalated into a wave of demonstrations demanding more development in the neglected region and railing against corruption and unemployment.

Authorities accused the activists of having separatist aims.

The sentences were first handed down in June last year, prompting further demonstrations calling for the group’s release, backed by human rights organization such as Amnesty and Human Rights Watch.

“There is no hope… this trial has been unfair since the start and that is how it has ended,” said defense lawyer Souad Brahma.

The movement’s leader Nasser Zefzafi and three others received prison terms of 20 years for threatening the security of the state.

Other sentences also confirmed on appeal ranged from one to 15 years. Eleven others were pardoned last year by King Mohammed VI.

Journalist Hamid el Mahdaoui was sentenced to three years for failing to tell police he had been offered weapons during the protests — what he called an “imaginary crime”.

Zefzafi, 39, emerged as the face of the movement as a result of his rallying speeches, accusing the authorities of corruption.

Amnesty International has said the activist was held in solitary confinement and subjected to “conditions tantamount to torture”.

He boycotted the appeal proceedings along with 37 other defendants, after denouncing the first case as a “political trial”.

In response to criticism, the Moroccan authorities have insisted the judicial process has followed international standards.

The 2016 and 2017 protests led to clashes between police and demonstrators, leaving people injured on both sides.

More than 600 security forces personnel were wounded and seven million dirhams ($730,000) of damage caused, according to Moroccan authorities.

Around 450 people were arrested.

“It’s the politics of fear, that has been operating for some time already, telling everyone who has demands that it’s better to stay quiet,” said left-wing politician Nabila Mounib of Friday’s ruling.