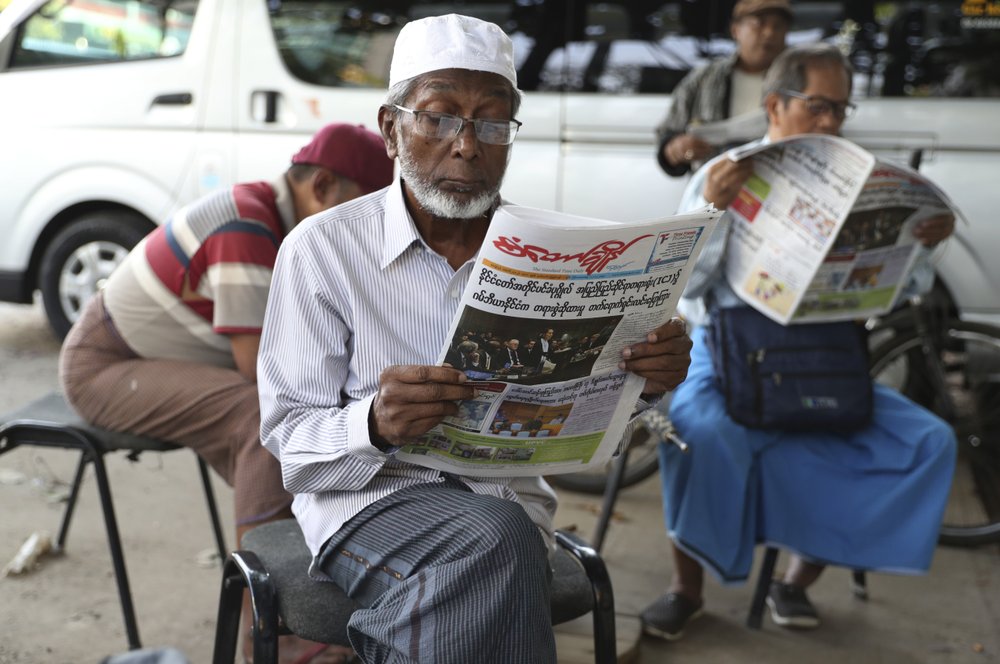 THE HAGUE, Netherlands (AP) — Lawyers seeking to halt what they allege is an ongoing genocide in Myanmar have slammed Aung San Suu Kyi’s defense of her country’s armed forces, saying Thursday that the fallen pro-democracy icon chose to ignore “unspeakable” acts committed against civilians.

Acting on behalf of a large group of Muslim nations, Gambia requested emergency legal proceedings at the U.N.’s top court to recognize that Myanmar’s armed forces committed genocide against the Rohingya minority in 2017 and that violations continue.

With maps, satellite imagery and graphic photos, Myanmar’s accusers have detailed what they insist is a deliberate campaign of ethnic cleansing and genocide — including the killing of civilians, raping of women and torching of houses — that saw more than 700 ,000 Rohingya flee to neighboring Bangladesh.

Gambia wants the International Court of Justice to take “all measures within its power to prevent all acts that amount to or contribute to the crime of genocide.” The hearings have seen the astonishing spectacl e of the 1991 Nobel Peace Prize laureate defending the very army that ordered her kept under house arrest for some 15 years.

“There is no reasonable conclusion to draw other than the inference of genocidal intent from the state’s pattern of conduct,” l awyer Paul Reicher told the court, based in The Hague.

“We heard nothing about sexual violence from Myanmar yesterday, not a single word about it,” Reicher said. “Because it is undeniable and unspeakable, they chose to ignore it completely. I can’t really blame them. I would hate having to be the one to defend it.”

On Wednesday, Suu Kyi said the allegations against the army stem from “an internal armed conflict started by coordinated and comprehensive armed attacks … to which Myanmar’s defense services responded. Tragically, this armed conflict led to the exodus of several hundred thousand Muslims.”

She said that Gambia’s representatives had painted “an incomplete and misleading factual picture” of what happened in Myanmar’s northern Rakhine state in August 2017.

Reporting by Aleks Furtula; Lorne Cook in Brussels contributed to this report.

Image: People read newspapers with front pages leading with Myanmar leader Aung San Suu Kyi at the International Court of Justice hearing near a roadside journal shop on Thursday, Dec. 12, 2019, in Yangon, Myanmar. Suu Kyi testified to the court that the exodus of hundreds of thousands of Rohingya Muslims to neighboring Bangladesh was the unfortunate result of a battle with insurgents. She denied that the army had killed civilians, raped women and torched houses (AP Photo/Thein Zaw)