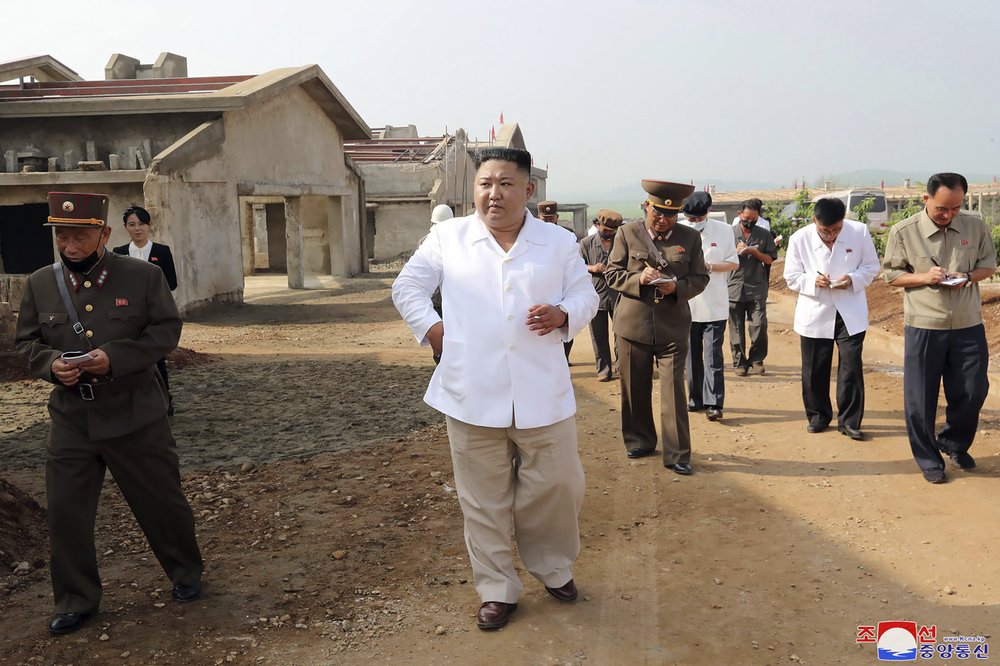 SEOUL, South Korea (AP) — North Korean leader Kim Jong Un has inspected a new chicken farm being built in a county south of capital Pyongyang and called for improvements to what he described as an outdated poultry industry, state media said Thursday.

The North’s official Korean Central News Agency didn’t say exactly when Kim made the trip to the construction site in Hwangju. The report didn’t mention any comments by Kim about US-led international sanctions over his nuclear weapons program, which have increased pressure on the North’s broken economy.

On Monday, the KCNA said that Kim visited the construction site of a showpiece hospital in Pyongyang and berated officials over poor planning and budget management. His comments possibly indicated that the country is struggling to secure supplies amid sanctions and a coronavirus lockdown.

Kim appeared to be in a better mood at the chicken farm. The KCNA quoted Kim as saying that the facility, which will be producing “thousands of tons of delicious and quality meat and tens of millions of tasty and quality eggs every year,” will make “significant contributions to the dietary life” of his people.

He described the facility as a model for modernizing chicken farms in the rest of the country, which he described as “backward” and mostly more than two decades old.

North Korea has been dealing with chronic food shortages for decades, a problem compounded by years of policy failures, an outdated farming sector heavily dependent on fertilizers and foreign aid, and international sanctions.

International organizations say average North Koreans are consuming significantly less calories than their daily needs and that their diet particularly lacks meat, milk and other sources of protein and fat.

Kim desperately sought sanctions relief during a flurry of diplomacy with the United States in 2018 and 2019. But talks have faltered since his second summit with President Donald Trump in February 2019.

Experts say the COVID-19 crisis likely thwarted some of Kim’s major economic goals by forcing the country into a lockdown that shut the border with China, its major ally and economic lifeline, and potentially hampered his ability to mobilize people for labor.

Image: In this undated photo provided on Thursday, July 23, 2020 by the North Korean government, North Korean leader Kim Jong Un, center, visits a new chicken farm being built in Hwangju County, North Korea. Independent journalists were not given access to cover the event depicted in this image distributed by the North Korean government. The content of this image is as provided and cannot be independently verified. Korean language watermark on image as provided by source reads: “KCNA” which is the abbreviation for Korean Central News Agency. (Korean Central News Agency/Korea News Service via AP)