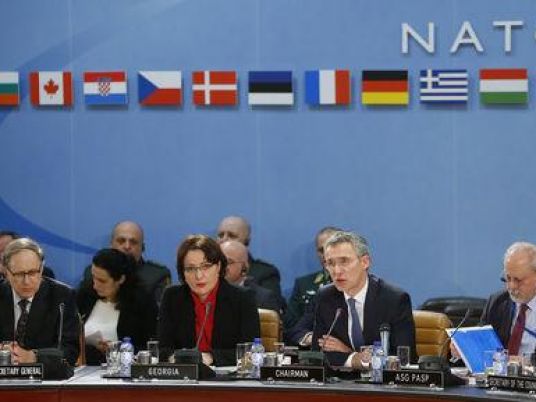 NATO will send military vessels to the Aegean Sea to help Turkey and Greece crack down on criminal networks smuggling migrants and refugees into Europe, allied defense ministers said on Thursday.
The move, discussed by NATO ministers for the first time at a meeting in Brussels, is aimed at helping the continent tackle its worst migration crisis since World War II, with more than a million asylum-seekers arriving last year.
Although the plan is still to be detailed by NATO generals, member states are likely to use ships to work with Turkish and Greek coastguards and the European Union border agency Frontex.
"There is now a criminal syndicate that is exploiting these poor people and this is an organized smuggling operation," US Secretary of Defense Ash Carter told a news conference.
"Targeting that is the way that the greatest effect can be had … That is the principal intent of this," Carter said.
The numbers of people fleeing war and failing states, mainly in the Middle East and North Africa, show little sign of falling, despite winter weather that makes sea crossings even more perilous.
A 3 billion euro (US$3.4 billion) deal between the EU and Turkey to stem the flows has yet to have a big impact.
Germany said it would take part in the NATO mission along with Greece and Turkey, while the United States, NATO's most powerful member, said it fully supports the plan.
The alliance's so-called Standing NATO Maritime Group Two has five ships near Cyprus, and Secretary-General Jens Stoltenberg said the vessels would soon start to move into the Aegean, with more likely to be needed.
Denmark is also expected to contribute a ship, according to a German government source.
"It is important that we now act quickly," German Defence Minister Ursula von der Leyen said, adding that NATO's involvement should act to deter traffickers.
Intelligence gathered about people-smugglers is likely to be handed over to Turkish coastguards to allow them to combat the traffickers more effectively, rather than having the NATO alliance act directly against the criminals, NATO diplomats said.
NATO and the EU are eager to avoid the impression that the 28-nation military alliance is now tasked to stop refugees or treat them as a threat.
Greek and Turkish ships will remain in their respective territorial waters, given sensitivities between the two countries, and any refugees saved by NATO vessels will be returned to Turkey.