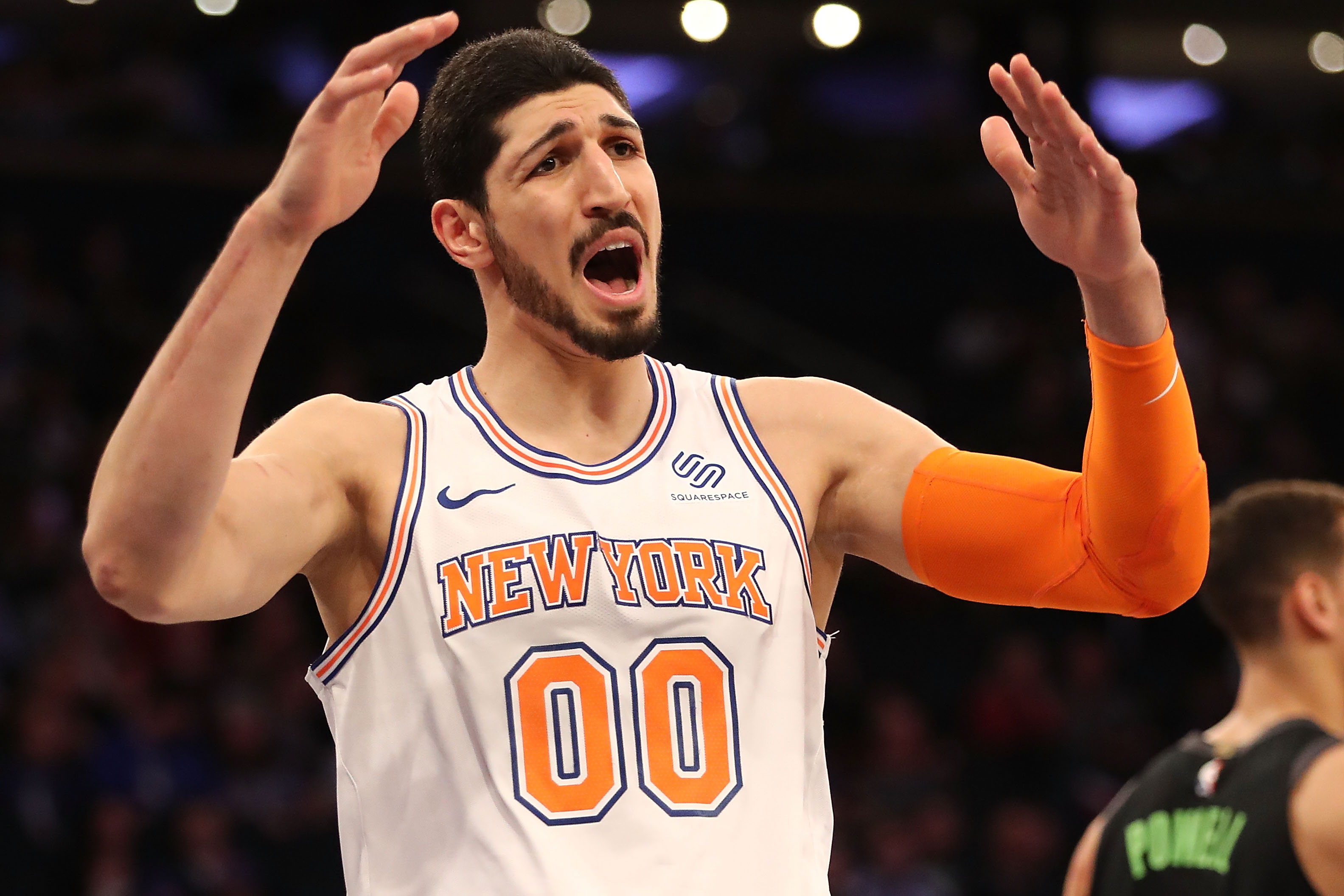 NEW YORK (Reuters) – New York Knicks player Enes Kanter urged US President Donald Trump to be more vocal about human rights in Turkey, after prosecutors in Istanbul requested the basketball player’s arrest and extradition over his ties to a US-based cleric.

The 26-year-old center has been an outspoken critic of Turkish President Recep Tayyip Erdogan and his human rights record. He was indicted by a Turkish court last year on charges of belonging to an armed terrorist group, which he denies.

Istanbul’s state prosecutor has sought an Interpol “red notice” to detain the basketball player and requested his extradition, a spokesman for the prosecutor’s office said on Thursday. Interpol declined to comment.

Kanter describes himself as a close ally of US-based Islamic preacher Fethullah Gulen, wanted in Turkey on suspicion of orchestrating a failed coup in 2016. Gulen denies the accusation.

Kanter said he had been receiving death threats because of his views and had decided to skip his team’s game in London on Thursday, prompted by fears he may be harmed by Turkish government agents or by Erdogan supporters.

“I feel like Trump definitely should talk about these issues with what’s going on in Turkey because there are lots of reports of people getting kidnapped, getting tortured in jail, getting killed,” Kanter told Reuters in New York City on Wednesday.

Turkish authorities have jailed some 77,000 people pending trial since the coup attempt, while 150,000 state employees including teachers, judges and soldiers have been suspended or dismissed in a crackdown on alleged supporters of Gulen.

Turkey says the scale of the crackdown is necessitated by the threat from Gulen’s network. Some 250 people were killed in the failed putsch when rogue soldiers commandeered warplanes, tanks and helicopters in a bid to seize power.

Amnesty International said in a report last year it had evidence that some of those detained since the attempted coup had been subjected to beatings and torture. Turkish government officials have denied accusations of torture in custody.

In an email, Robin Sirin, an aide to Gulen, said the cleric was “unable to field interview requests right now due to ongoing health issues.”

Kanter said he had met with Republicans and Democrats in Congress but has yet to speak to anyone in the Trump administration and would welcome time with the president to discuss human rights in Turkey.

Erdogan has said human rights in Turkey have improved in the 16 years he has been in power.

The 6-foot-11 (211 cm) Kanter said he had decided not to travel with his team to London for Thursday’s game against the Washington Wizards at 2000 GMT (3 p.m. EST) before the report of the extradition request. He said he would watch the game from his New York City apartment.

The Knicks lost 101-100 to the Washington Wizards in the NBA London Game at the O2 Arena.