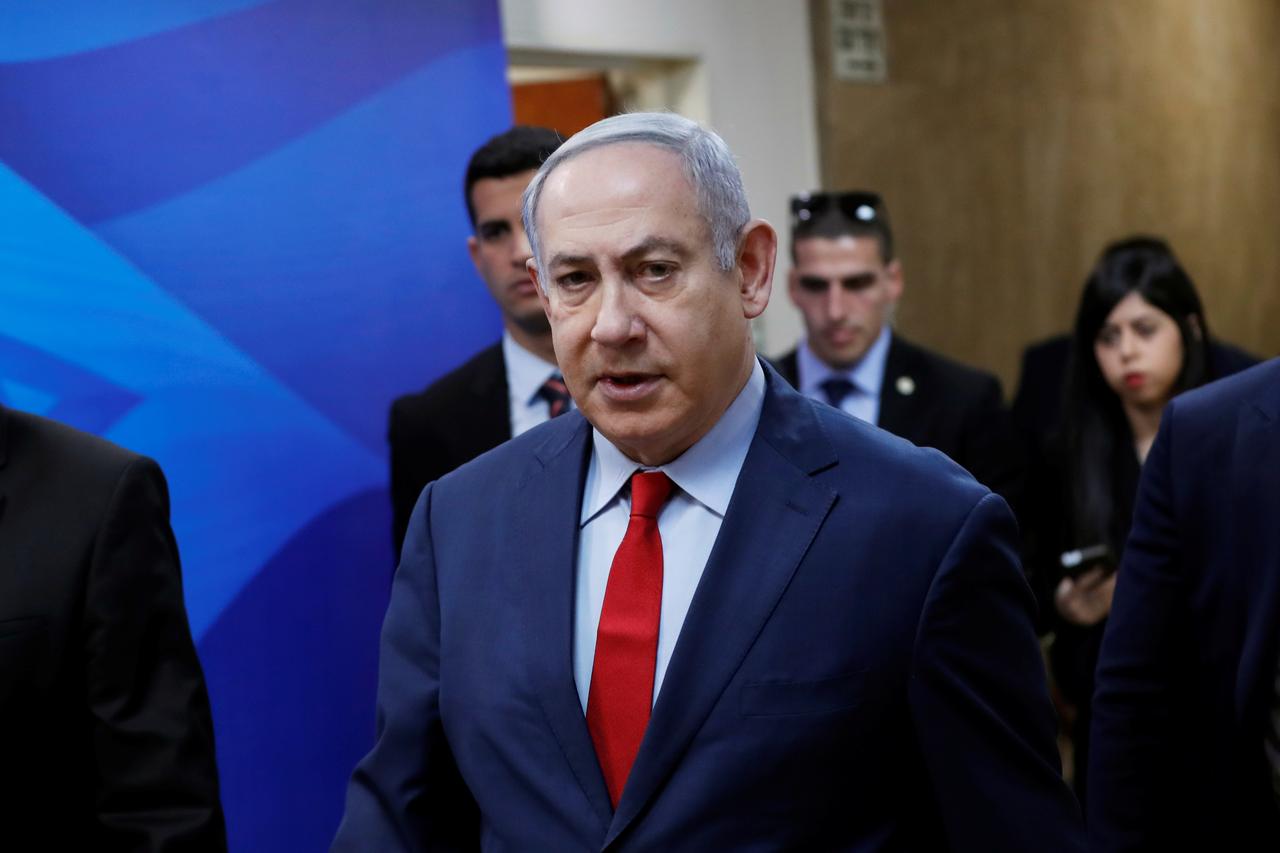 JERUSALEM (Reuters) – In an apparent slip of the tongue on Sunday, Prime Minister Benjamin Netanyahu described Israel as a nuclear power before correcting himself with a bashful nod and an embarrassed smile.

Israel is widely believed to have an atomic arsenal but has never confirmed or denied that it has nuclear weapons, maintaining a so-called policy of ambiguity on the issue for decades.

Netanyahu stumbled at the weekly cabinet meeting while reading in Hebrew prepared remarks on a deal with Greece and Cyprus on a subsea gas pipeline.

“The significance of this project is that we are turning Israel into a nuclear power,” he said, before quickly correcting himself to say “energy power”.

He then paused for a beat, acknowledging his mistake with a smile, and then ploughed on with his comments.

The rare blooper from one of Israel’s most polished politicians swiftly proliferated on social media.

Netanyahu is fighting for his political survival in a March 2 vote after two inconclusive elections in April and September. In November, he was indicted on corruption charges, which he denies.