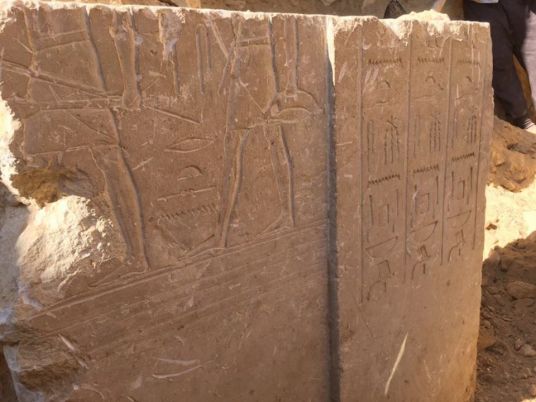 Antiquities Minister Mamdouh al-Damaty has announced the discovery of a new tomb that dates back to the pharaonic Middle Kingdom, located at the al-Lasht archaeological site near Fayoum.

According to Damaty, the tomb was discovered by the joint Egypt-US mission there, which works in Egypt in accordance with the ministry's plan to document those sites looted in the aftermath of the 25 January uprising.

Meanwhile, Mahmoud Afify, head of the ancient Egyptian antiquities sector, said the tomb is carved in stone and located south of the pyramid of King Senusret I. It belonged to a senior statesman who worked under the king during the 12th Dynasty.

In related news, Sarah Parcak, head of an achaeology mission from the University of Alabama, said her team will work on training several archaeologists from the Egyptian Antiquities Ministry to use modern methods of documentation, as well as protecting archaeological sites using satellites.