Last Sunday, a military tribunal acquitted a former army doctor accused of conducting so-called "virginity tests" on a number of women detained by the military last year. The case was brought by Samira Ibrahim, a 25-year-old marketing manager who was among scores of people arrested during a violent army crackdown on a protest in Tahrir Square on 9 March, 2011. Ibrahim was held for four days in a military prison along with a number of other women. Soldiers beat them, gave them electric shocks and subjected them to strip searches before forcing seven of them to undergo "virginity tests." Before she was released, Ibrahim was brought before a military court and received a one-year suspended sentence on a rioting charge.

Despite being pressured to remain silent about her ordeal, Ibrahim decided to speak out and filed a lawsuit against the military. This led to a legal victory in December when a civilian administrative court found that 34 women were subjected to "virginity tests" in military hospitals and ordered that such procedures be stopped. However, the victims were still waiting for someone to be held accountable, and army soldiers can only be tried in military courts.

Military prosecutors investigating Ibrahim's case brought only one individual, Dr. Ahmed Adel, to trial. He stood accused of public indecency and disobeying military orders after an initial charge of sexual assault was dropped. The military tribunal acquitted Adel after the judge found contradictions in witness statements, noting that Ibrahim and another woman gave different names for a prison guard, a discrepancy human rights lawyers said was minor and should not have jeopardized her case. The verdict cannot be appealed.

The military court went further and denied the "virginity tests" even took place, contradicting the December administrative court ruling and admissions by members of the Supreme Council of Armed Forces to journalists and human rights groups, including Amnesty International.

After the verdict was announced Ibrahim ran weeping out of the courtroom, chanting "down with military rule" before fainting. "Egyptian judges are not fair and impartial, it is my right to go to the International Court of Justice," she later tweeted.

Ibrahim's case is just the latest in a series of recent court rulings that reflect the continuation in post-Mubarak Egypt of a broken system that, more often than not, offers impunity for government crimes and punishment for those governed.

Last week, the Cairo Criminal Court overturned the sentence against the only police officer convicted of killing protesters since the revolution began. Mohammd Abdel-Moneim was sentenced to death in absentia last year for killing 20 protesters and injuring another 15 on 28 January, 2011. He later turned himself in, was retried and acquitted. The court did not give reasons for its ruling.

A day later, the North Cairo Criminal Court acquitted a police officer, Wael Erfan, of killing two protesters in front of Cairo's Sharbiya police station on 28 January. This came on the heels of a ruling in late February acquitting two policemen, Mohamed Rasekh and Mohamed Deweidar, of the attempted murder of two protesters, also on 28 January. Similarly, a court in January acquitted police officer Islam Saeed Hafez of killing a protester. In late December, another court acquitted six policemen from Sayeda Zeinab police station of killing six protesters and the attempted murder of five others.

To date, not a single police officer is behind bars for the killing of over 1,000 protesters since the revolution began. While the state's legal system delivers acquittal after acquittal for its security forces, dissidents continue to find themselves being successfully prosecuted.

Last week, the Ain Shams Misdemeanors Court issued a one-year suspended prison sentence and a LE20,000 fine to prominent activist and April 6 Youth Movement co-founder Asmaa Mahfouz on charges of assault. The man who alleged that Mahfouz attacked him is Abdel Aziz Fahmy, who previously testified against activist Alaa Abd El Fattah in the Maspero case and was wholly discredited after claiming he saw Abd El Fattah with blogger Wael Abbas on 9 October. Abbas was out of the country at the time.

"I received a one year suspended sentence in absentia and a fine of LE20,000 for beating someone I have never seen or known before," Mahfouz said.

Mahfouz is also among a group of 12 prominent figures being investigated by military prosecutors on allegations of inciting hatred against the army and trying to overthrow the government. While the investigation is so far just a preliminary inquiry, the list of people accused is almost comedic in nature and reads like a who's-who of the country's most well-known and outspoken revolutionary figures, including novelist Alaa Al Aswany, television talk show hosts Yousri Fouda and Reem Maged, presidential candidate Bothaina Kamel, activist Nawara Negm, engineer Mamdouh Hamza and former Google executive Wael Ghoneim.

Also last month, a misdemeanor court in Helwan sentenced Kamal Abbas, the general coordinator of the Center for Trade Unions and Worker Services, in absentia to six months in prison for "insulting a public officer" during the 2011 International Labour Conference in Geneva when he interrupted Ismail Fahmy, the acting president of the Egyptian Trade Union Federation.

All of these court rulings happened within the last few weeks and received minimal attention. Meanwhile, the talk of the day centers on Parliament, the drafting of the constitution and the presidential elections — the supposed pillars of the state. Yet a legal system that consistently acts in the interests of those at the helm of political power cannot be sustained. It was this very lack of accountability and this deformed application of justice that helped ignite the Egyptian revolution one year ago. Those scrambling for a place in the throne Mubarak was thrown from would do well to remember what is an elemental equation in any society and a rallying cry for struggles the world over: No justice, no peace.

Sharif Abdel Kouddous is an independent journalist based in Cairo. He is a correspondent for the TV/radio show Democracy Now! and a fellow at the Nation Institute. 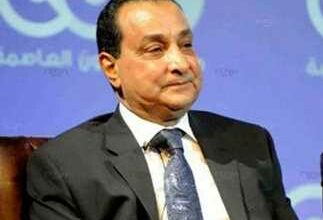