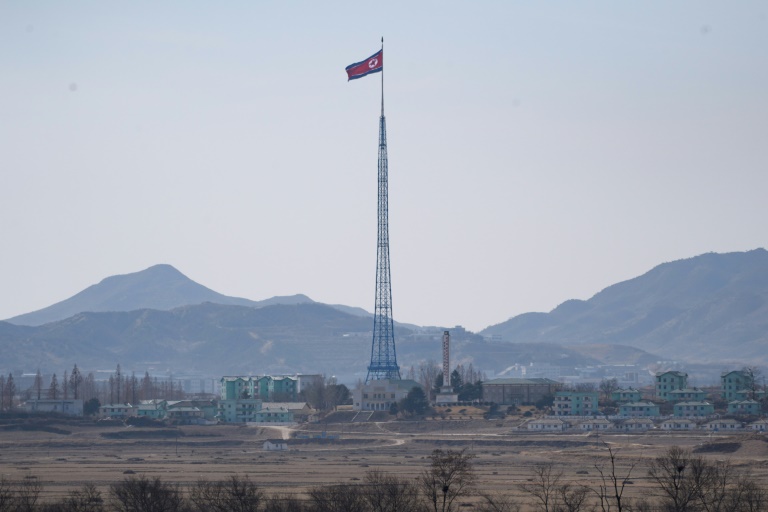 A North Korean soldier defected to South Korea on Saturday across their heavily fortified land border, which the two sides have begun to demilitarize as relations between the Cold War-era foes warm, the South’s military said.

The rare defection came as the two Koreas push ahead with a process of reconciliation in an effort to ease tensions, despite talks between Pyongyang and Washington on the North’s nuclear weapons programme stalling.

The incident did not trigger any gunfire, unlike last year when a North Korean soldier ran across under a hail of bullets from his own side.

“Related agencies plan to investigate him regarding the details of how he came to the South,” it said.

The JCS gave no further details, such as the exact location of the defection, the soldier’s name, rank or unit or whether he was carrying a weapon.

“The soldier is safely in our custody”, the JCS said.

The last defection involving North Koreans occurred in May when two civilians aboard a small boat fled to the South across the Yellow Sea.

In November last year, a North Korean soldier drove to the heavily guarded border at speed and ran across under fire from his own comrades.

He was hit multiple times in the dramatic defection at Panmunjom truce village, a major tourist attraction and the only place on the frontier where forces from the two sides come face-to-face.

In 2012 a North Korean soldier walked unchecked through rows of electrified fencing and surveillance cameras, prompting Seoul to sack three field commanders for a security lapse.

More than 30,000 North Korean civilians have fled their homeland since the peninsula was divided at the end of the 1950-53 Korean War.

Most flee across the porous frontier with neighboring China and it is very rare for them to cross the closely guarded inter-Korean border, which is fortified with minefields and barbed wire.

In recent months, however, the two sides have begun to remove landmines and destroy military bunkers at parts of the border as part of efforts to improve long-strained relations.

They have also begun work to reconnect a train line and repair another rail link across the border.

Despite the warming ties, it remains unclear whether the North’s leader Kim Jong Un will make his first-ever visit to the South this year, as Seoul is hoping.

Kim agreed to travel to Seoul after hosting his South Korean counterpart Moon Jae-in in Pyongyang in September for their third summit but prospects of a fourth Moon-Kim meeting have recently dimmed, with negotiations on denuclearizing the North grinding to a halt.

In an apparent bid to encourage a hesitating Kim to commit to a trip, Moon elicited an expression of support for such a visit from US President Donald Trump at a summit in Buenos Aires on Friday.