Washington–President Barack Obama and presidents, prime ministers and other top officials from 47 countries start work Monday on a battle plan to keep nuclear weapons out of terrorist hands.

Confronting what he calls the "single biggest threat to US security," Obama is looking for global help in his goal of ensuring all nuclear materials worldwide are secured from theft or diversion within four years.

On the eve of what would be the largest assembly of world leaders hosted by an American president since 1945–the San Francisco conference to found the United Nations–Obama said nuclear materials in the hands of Al-Qaeda or another terrorist group "could change the security landscape in this country and around the world for years to come."

While sweeping or even bold new strategies were unlikely to emerge from the two-day gathering, Obama declared himself pleased with what he heard in warm-up meetings Sunday with the leaders of Kazakhstan, South Africa, India and Pakistan.

"I feel very good at this stage in the degree of commitment and a sense of urgency that I have seen from the world leaders so far on this issue," Obama said. "We think we can make enormous progress on this, and this then becomes part and parcel of the broader focus that we’ve had over the last several weeks."

He was referring to what had gone before this, the fourth leg of his campaign to rid the world of nuclear weapons. The United States is the only country to use the weapons, two bombs dropped on Japan to force its surrender in World War II.

The high-flown ambition, which the president admits will probably not be reality in his lifetime, began a year ago in Prague when he laid out plans for significant nuclear reductions and a nuclear-weapons-free world.

In the meantime, he has approved a new nuclear policy for the United States, promising last week to reduce America’s nuclear arsenal, refrain from nuclear tests and not use nuclear weapons against countries that do not have them. North Korea and Iran were not included in that pledge because they do not cooperate with other countries on nonproliferation standards.

That was Tuesday, and two days later, on the anniversary of the Prague speech, Obama flew back to the Czech Republic capital where he and Russian President Dmitri Medvedev signed a new treaty that reduces each side’s deployed nuclear arsenal to 1550 weapons. Medvedev also arrives Monday to sign a long-delayed agreement to dispose of tons of weapons-grade plutonium from Cold War-era nuclear weapons — the type of preventive action Obama wants the summit to inspire.

Obama welcomes the assembled world leaders at a Washington convention center late Monday afternoon, but begins the day with a morning meeting with Jordan’s King Abdullah II, whose intelligence apparatus is deeply involved in the Afghan war.

He then will sit down one-on-one with the leaders of Malaysia, Ukraine, Armenia and China.

National Security Council spokesman Ben Rhodes said Obama would squeeze in a meeting with Turkish Prime Minister Recep Tayyip Erdogan. Turkey is a key NATO ally, and relations have been difficult recently, particularly over Iran. Rhodes said there were additional "pressing issues," including normalization of relations between Turkey and Armenia.

Throughout the two-day gathering, Iran will be a subtext as Obama works to gain support for a fourth round of UN sanctions against Tehran for its refusal to shut down what the United States and many key allies assert is a nuclear weapons program. Iran says it only wants to build reactors to generate electricity.

Support from Medvedev and Chinese President Hu Jintao, who sees Obama privately Monday, is critical, but neither is firmly committed to a new sanctions regime. 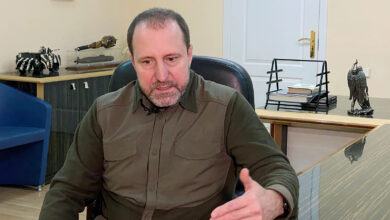 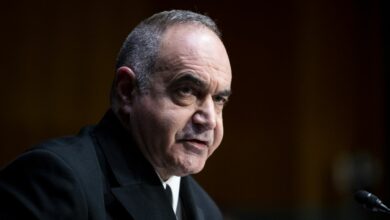