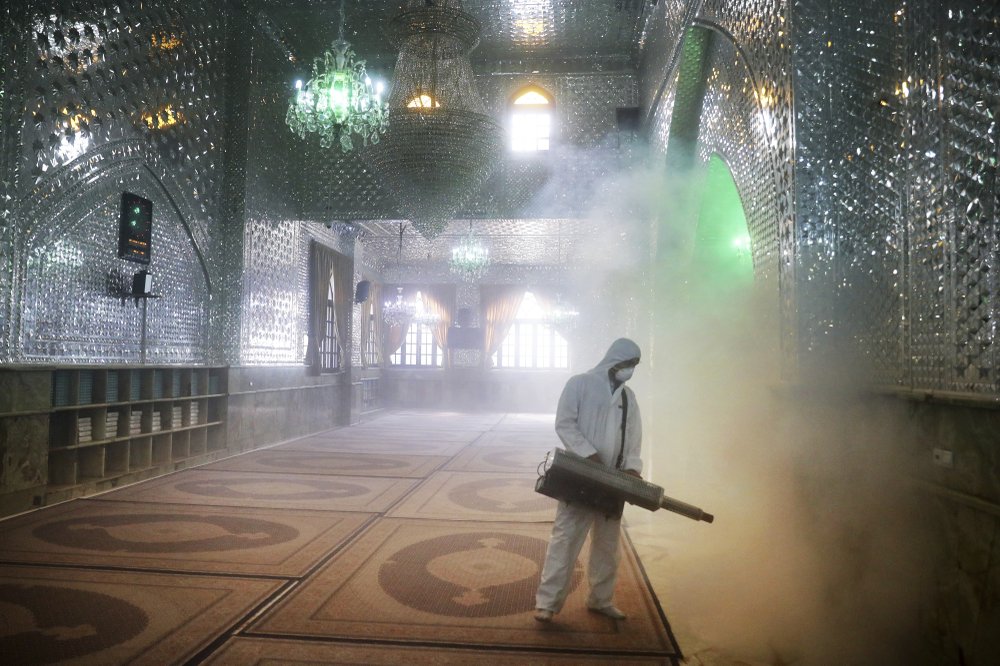 DUBAI (Reuters) — A record drop in oil prices and the coronavirus outbreak have left the Middle East and North Africa more exposed than other regions to fallout from a possible global recession, according to the World Bank.

Oil prices suffered their biggest one-day fall in nearly 30 years on Monday, after the unexpected collapse of a production agreement between Saudi Arabia, Russia and other major crude producers triggered a price war.

Meanwhile, cases of coronavirus are rising across the two regions. Iran is one of the global epicentres of the outbreak, with more than 8,000 cases and almost 300 fatalities, the health ministry said on Tuesday.

“As the world struggles with the fear of recession, the Middle East and North Africa (MENA) could be the hardest hit by what is arguably a perfect storm: the coronavirus spreads to the region and oil prices collapse,” the World Bank said in a briefing paper by Rabah Arezki, its chief economist for MENA, and a second economist, Rachel Fang.

All Gulf Arab states, which have economies heavily reliant on oil revenues, have recorded cases of COVID-19.

“If the decline in oil prices persists, it will erode the fragile macroeconomic and social stability of countries, especially in the Middle East and North Africa, that have been hit by the novel coronavirus,” the briefing said.

“Cuts depend on the duration of the oil price shock and the severity of the corona, so if you expect the oil price to stay as low as it is now it could reduce by half the number that we have at the moment … the shock is very severe.”

Oil prices jumped 10% on Tuesday, partly recovering from Monday’s losses, but they remain down over 40% since the beginning of the year as the epidemic dampens economic activity worldwide.

Income for Gulf oil-exporting states will likely decline this year, while oil-importing countries in the Middle East will experience lower foreign direct investments, remittances and grants from exporters, said the World Bank.

The benefit to importers from lower oil prices would be outweighed by the regional economic slowdown, said Arezki.

Gulf countries that have accumulated ample financial wealth, should use it, the World Bank paper said.

“Other oil-exporting countries, such as Algeria and Iran, are exhausting their buffers and will have to rely on flexible exchange rates to manage the current situation and conduct much-needed reforms in private-sector development and broader economic transformation,” it said.

Iran’s rial currency has plunged. On Tuesday, the dollar was being offered at as much as 155,500 rials compared with its official rate of 42,000 rials, according to foreign exchange website Bonbast.com.

Iran, a leading member of the Organization of the Petroleum Exporting Countries (OPEC), is “getting close” to a fiscal problem, Arezki said.

“It’s a country that needs to use whatever it takes from the central bank, lowering rates as much as it can, lending to businesses… every injection of liquidity.”

Image: FILE – In this March, 6, 2020, file photo, a firefighter disinfects the shrine of Saint Saleh to help prevent the spread of the new coronavirus in northern Tehran, Iran (AP Photo/Ebrahim Noroozi, File)

Coronavirus to cause first annual decline in oil use in decade: IEA