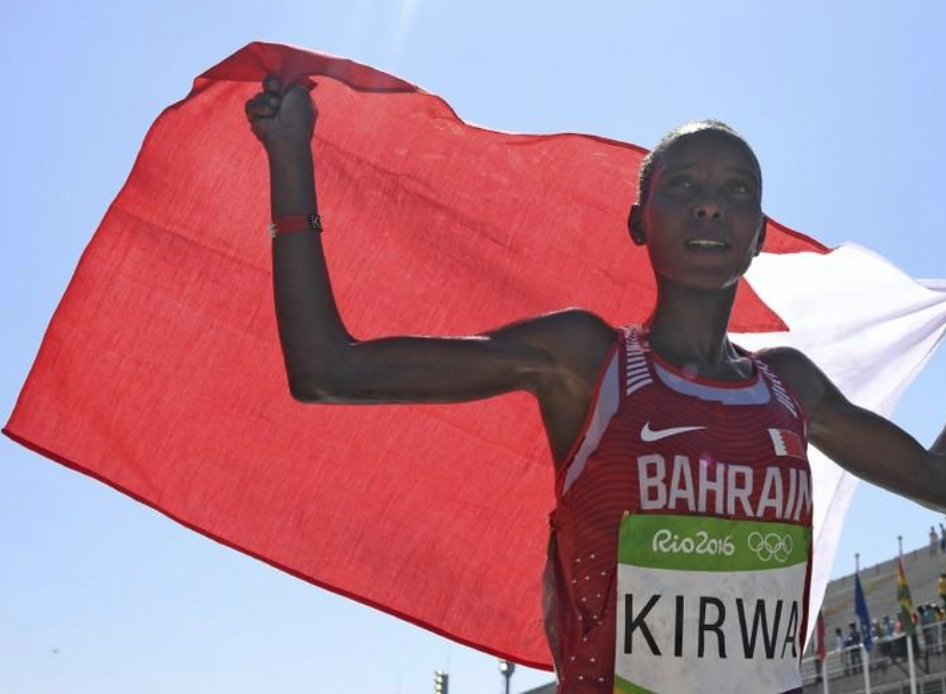 Kenyan-born Kirwa, who switched allegiance to Bahrain in 2013 and finished second at the Rio Olympics in 2016, tested positive for erythropoietin (EPO), a banned blood-boosting hormone that improves endurance.

“The AIU confirms (a) provisional suspension against… Bahraini long-distance runner Eunice Jepkirui Kirwa… for a violation of the IAAF’s (International Association of Athletics Federations’) Anti-Doping Rules,” AIU said in a statement.

Kirwa becomes the second women’s marathon podium finisher at Rio to test positive for the same substance after Kenyan gold medalist Jemima Sumgong, who was suspended for four years by her country’s anti-doping agency (ADAK) in 2017.

Sumgong’s ban was doubled to eight years by the AIU after the IAAF found her guilty of providing false information while defending herself against the initial sanction but was allowed to keep her gold medal as she tested positive in April 2017.

Reporting by Rohith Nair in Bengaluru; Editing by Ken Ferris