Facebook Twitter LinkedIn
One in eight women and one in 10 men in the UK have experienced infertility, struggling to get pregnant for at least a year, and almost half do not seek help for the problem, according to a new study.
“Our finding of inequalities in help seeking between those who are better educated and in higher status jobs is [perhaps] not surprising given evidence of unequal distribution of wealth and power and the associated differential access to health care,” said lead author Jessica Datta of the London School of Hygiene and Tropical Medicine.
The researchers used data on about 15,000 adult men and women up to age 74 who participated in Britain's third National Survey of Sexual Attitudes and Lifestyles between 2010 and 2012.
Almost 13 percent of women and 10 percent of men said they had experienced a period of infertility at some point. This was reported more often by those who were married or cohabitating at the time of the study, likely because these couples were more likely to have attempted pregnancy and discovered a fertility issue, the authors write.
“We don’t know why the period of infertility occurred” or whether these people were ever able to conceive or become parents, Datta told Reuters Health by email.
Those who had children after age 35 were more likely to report a period of infertility than those who had children before age 25.
For those who experienced infertility, 57 percent of women and 53 percent of men said they had sought help at some point.
Those with higher education levels and who had become parents at older ages were more likely than others to have sought help, the researchers reported in Human Reproduction.
No major cause for concern
“According to the National Institute for Health and Care Excellence (NICE), in the UK, 25 percent of infertility is unexplained, 45percent results from ovulatory disorders or tubal damage, 30 percent from factors in the male and 10 percent from uterine or peritoneal disorders,” Datta said.
But most people need not be concerned, she said.
“It is generally accepted that over 80 percent of couples in the general population will conceive within one year if the woman is aged under 40 years and they do not use contraception and have regular sexual intercourse,” said professor Ann Berrington of the University of Southampton, who was not part of the new research.
“Of those who do not conceive in the first year, about half will do so in the second year,” for a cumulative pregnancy rate over 90 percent, she said.
Individual ability to conceive varies widely, and people wanting to conceive should be aware of factors, like heavy smoking and being significantly overweight or underweight, that can affect the chances of conception, Berrington told Reuters Health by email.
“Although there is a lot of scaremongering about the risk to older mothers of infertility and the potential for poor health outcomes for mother and baby, the majority of women under 40 do not experience fertility or health problems,” Datta said.
The same patterns would likely be found in the US and other developed countries, she said.
Everyone should consult with their general practitioner if they have fertility concerns, Datta said.
Tags
conception contraception family planning infertility pregnant survey U.K

Over 50% of users in Egypt encountered phishing attempts during electronic payments: report 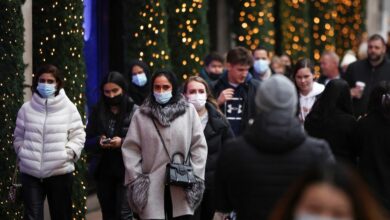