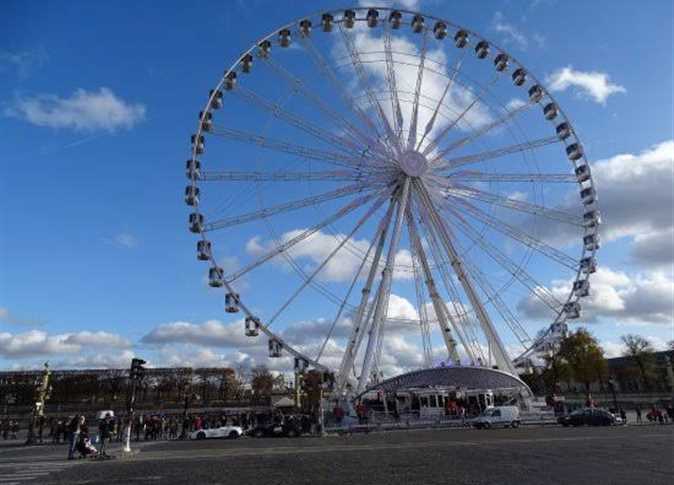 The fact that Cairo is not attractive from above is no secret for those who look at it from the window of a plane in the sun, as one notices the random congestion and scattered buildings that hurt the eyes – not to mention the condition of the rooftops.

But Zamalek Island can be partially excluded from that statement, as the view from Cairo Tower includes spacious gardens.

Perhaps this reasoning prompted the idea of ​​building a giant “tourist wheel” in the historical gardens area at the entrance to the island, near the opera house.

The pro-Cairo Eye mentality, which seeks to “take advantage of every inch and every person”, will have devastating effects that may soon make the view in Zamalek painful, like the of the rest of Cairo. The project is destructive and useless.

But as is the norm of such a mentality, the benefits and consequences in the near future are not taken into account – let alone in the long term.

The long term needs details. But nobody knows the details. Rather, the project was announced after the decision was already taken, without any public discussion.

The intended wheel’s length will be the same as that of a football pitch and a quarter, standing on a column on the ground, and will carry hundreds of people in each round. The Cairo Eye will certainly challenge its sister in London in terms of prestige.

But is the London Eye established at the entrance of a crowded neighborhood that cannot accommodate a large influx of visitors? And are the conditions of tourists and residents in Cairo the same as that of London?

As for the tourists, it is unclear whether they really want to take rounds around the wheel and feel more dizzy than they already feel as a result of what they are subjected to.

From their arrival at the airport, they are repeatedly subjected to harassment and extortion, which stem from a fierce materialistic and utilitarian mentality that robs Egyptians of their humanity, forcibly causing them to see tourists as prey, a commodity, or inanimate object, not humans, amid the squawking of a city dominated by conflict.

All this is devastating to tourism, of course, especially in the age of the internet, where it is easy to exchange information and spread a place’s reputation.

But tourism workers do not care about the serious damage in the short term – not to mention the long term.

The same prevailing mentality does not care much about the residents of Zamalek. They will describe their opposition to the wheel as luxurious or arrogant. Maybe some of them are this way, but don’t they have the right to demand continue living a semi-humane life?

As for the issue of “why them, not us”? My response is that in order to improve the miserable conditions in other places, there is no need to destroy another place that is already in a semi-normal condition, especially since many residents in Zamalek have a high level of education and experience, and their presence in administrative, technical, and industrial positions helps the continuation and cohesion of a country in dire need of the simplest competencies.

The ability of a human being to give, especially in areas that require high competencies, becomes affected when the environment in which a person lives turns into an unbearable place.

If the narrow utilitarian mentality can drive tourists away from Egypt, then it can do the same to the residents of Zamalek, who have options in other places where they can exploit their experiences and abilities.

This applies, of course, to highly-qualified persons who have witnessed over the years the accumulation and the multiplication of garbage around them, as well as the spread of shops and cafes in residential places where they should not be established.

They now look with a helpless eye to a project of an “Eye” which will bottleneck the entrance to the narrow neighborhood of Zamalek, doubling congestion and turning traffic into a thunderous tragedy. It may require, at best, the expansion of the surrounding roads to do more damage to green areas, including in the places surrounding the main area that connects Dokki and Giza to Tahrir.

Since all this change is happening without consulting them, they may think it’s useless and move to other areas inside Egypt like New Cairo or 6th of October City, leaving Zamalek behind to its fate.

We sometimes regret the elites who left in the old days, when we think about how losing such competent people and their contributions had a negative impact on the country. So what about now?

What can be done about society's ongoing crisis of values?