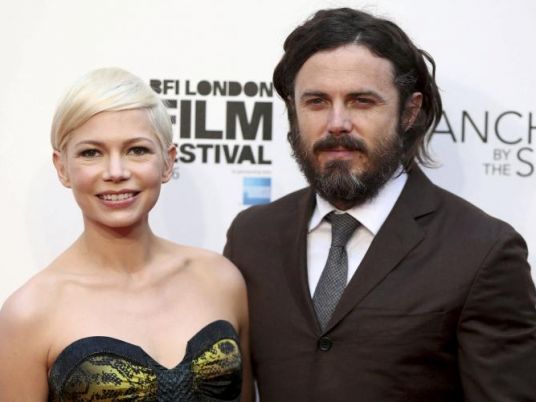 After revolutionizing television with bold, award-winning original content, streaming networks are on the cusp of their first potential Oscar wins, and are back at the Sundance film festival looking for more awards-worthy fare.
Amazon.com Inc raised eyebrows when it paid US$10 million for the North American distribution rights to Sundance drama "Manchester By the Sea" last year. But the film is now the frontrunner to win Casey Affleck an Oscar for best actor, which would be the first Academy Award for a streaming platform.
Netflix Inc had four documentaries in previous Oscar races, but has yet to win the coveted accolade. Its documentaries "13th" and "The Ivory Game" have been shortlisted this year for Oscar nominations, announced Tuesday, along with Amazon's "Gleason."
"An Oscar would be really great for the filmmakers," Netflix Chief Content Officer Ted Sarandos said in an interview. "We've campaigned four times and it'd be really great to see it through to the finish line."
Netflix and Amazon both plan to increase 2017 spending to create and market original movies and series and are being watched closely this year at Sundance, the premiere US independent film festival.
Liesl Copland, partner and finance and distribution agent at talent agency William Morris Endeavor, which sold "Manchester" to Amazon, said each streaming platform offers filmmakers very different models.
"Amazon is very much a pro at integrating the theatrical release, Netflix is very much doing things for their large, international subscriber base, and now Hulu is working more like a pay television network," Copland said.
Amazon acquired its first Sundance film, music documentary "Long Strange Trip," on Wednesday, and plans to release it to US and UK Prime subscribers in May.
Filmmaker Amir Bar-Lev said he was drawn to Amazon's global reach and ability to air the entirety of his four-hour film across six parts.
"We showed this film to a number of people and everyone was excited, but the guys from Amazon really understood the film on a level I hadn't really experienced," Bar-Lev said.
Netflix, with 94 million global subscribers, entered Sundance this year having already purchased six films and two documentary series, including sci-fi drama "The Discovery," which will air on March 31, and documentary "Casting JonBenet," debuting in April.
"We acquired films ahead of Sundance so that we could really showcase them at the festival," Sarandos said.
He said the strategy was in part to capitalize on publicity at the festival. Netflix will release the films exclusively soon after their Sundance premieres.
Studios versus Streaming
Amazon this year has offered filmmakers showcasing movies at Sundance bonuses of up to US$100,000 for two-year distribution rights, with the first year exclusive to the platform, Variety reported this week.
Filmmaker Mynette Louie criticized the offer on Facebook, saying the bonus undervalued filmmaking costs.
She later updated her Facebook post saying Amazon told her the offer was aimed at filmmakers self-distributing their films and that the bonus was to help them secure a theatrical or video-on-demand release prior to streaming on Amazon by September. The platform will also pay royalties per stream.
After acquiring Sundance comedies "Joshy" and "Hunt for the Wilderpeople" last year, Hulu, co-owned by Twenty-First Century Fox Inc, Walt Disney Co's ABC, Comcast Corp's NBC and Time Warner Inc's TBS, said it has increased its presence at Sundance this year.
It hopes to partner with major distributors to score exclusive streaming rights to theatrical films.
For independent filmmakers, streaming platforms offer a different model to film studios, whose revenues are mainly garnered from the theatrical box office, which is often dominated by big budget studio movies.
Filmmakers may receive more money upfront with streaming companies and reach a bigger audience than a theatrical release.
"I don't think that's a bad thing for the filmmakers," Sarandos said with a laugh.
Netflix paid US$12 million in 2015 for the US$6 million war film "Beasts of No Nation."
"Did people question Amazon paying US$10 million for the North American rights to "Manchester by the Sea" last year? They did. Does it seem smart now? It does," said Copland.