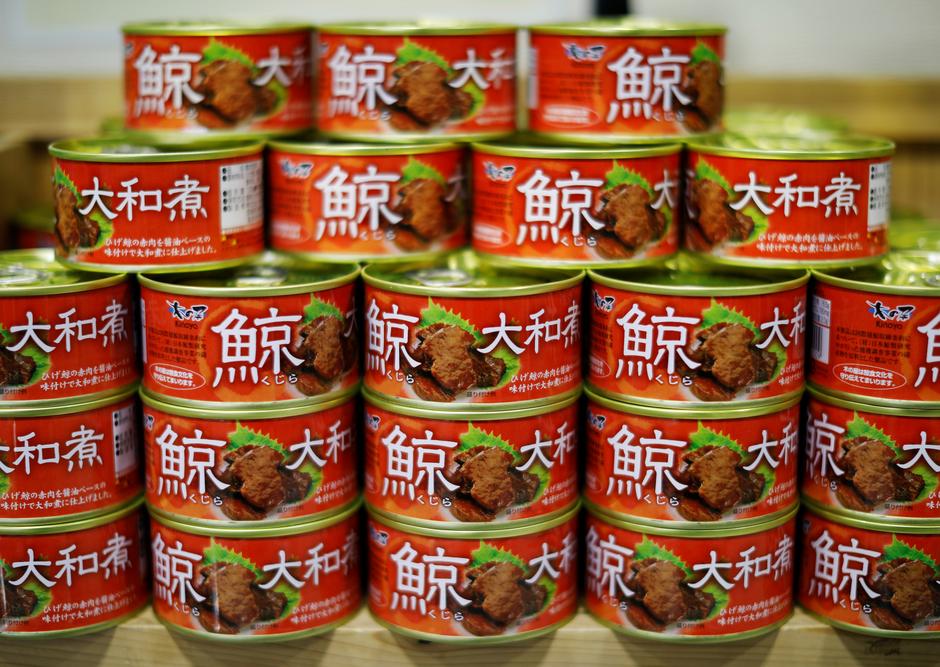 MINAMIBOSO, Japan (Reuters) – When Yachiyo Ichihara was a child in Wada, one of Japan’s oldest whaling villages, she’d go down to the harbor with a bucket and carry it home full of freshly butchered whale meat.

“It’s really delicious; that’s what I grew up eating,” the 72-year-old said. “Whale is something you’d gather your family together and eat. It’s real home cooking.”

In those days, men would peddle the meat from carts, calling “Whale, whale” as they went door to door. But in 1986, a whaling moratorium drove prices up and made whale a luxury food.

Ichihara now runs a whale restaurant in the Wada district of Minamiboso, on the Pacific coast just east of Tokyo, and should be celebrating Japan’s decision to withdraw from the International Whaling Commission (IWC) and resume commercial whaling on July 1. Instead, she and others involved in the business worry about the future.

Though Japan’s post-Christmas announcement sparked widespread condemnation and fears for the world’s whales, the prospect of growth in whaling is far from certain, both environmentalists and whaling advocates say.

“In the past 30 years, all kinds of foods have come into Japan; there are so many things to eat,” said Kazuo Yamamura, president of the Japan Whaling Association. “It’s no longer a situation where if you produce lots of whale meat, you’re going to make lots of money.”

Barely 300 people are directly connected to whaling, and whale represented only about 0.1 percent of Japan’s total meat consumption in 2016, according to government data.

About 4,000-5,000 metric tons of whale meat are supplied to Japan annually, amounting to 40-50 grams of whale for each Japanese person, said Joji Morishita, Japan’s retiring IWC commissioner. That’s about the mass of half an apple.

Whaling supporters include Prime Minister Shinzo Abe and Toshihiro Nikai, head of Abe’s conservative ruling Liberal Democratic Party (LDP), both of whose districts have long whaled. Nikai’s base includes Taiji, made notorious for dolphin hunts in the Oscar-winning documentary “The Cove.”

That high-profile support helped Japan finally leave the IWC, said Kiyoshi Ejima, an LDP lawmaker from the same area as Abe and a former four-term mayor of Shimonoseki, where the country’s based its “scientific whaling” mother ship and fleet. Five smaller ships, which carried out coastal whaling under an IWC loophole, will take the lead after July 1.

“Previous prime ministers were afraid of what’d be said if they left, that Japan would become a villain,” he told Reuters.

But environmentalist Patrick Ramage says the decision ended up being an “elegant” masterstroke that gave almost everybody something they wanted.

“Ostensibly there is a defiant, almost nationalistic expression of intent to resume commercial whaling” in Japan, said Ramage, director of marine conservation at International Fund for Animal Welfare. “But it becomes clear for anybody genuinely interested in the conservation of these whale species and their welfare … that whales are better off.”

Japan has not yet set its hunt quota. But many in the industry believe the number taken will fall between the 180 minkes and sei whales taken in the Northern Pacific and the 330 minkes hunted in the Antarctic.

The decision to leave the IWC, which will limit whaling to Japan’s exclusive economic zone, may also save money because ships won’t have to travel to the Antarctic. About 5.1 billion yen ($47.05 million) was budgeted for whaling in 2019.

“We’ll have to see how it goes this year – how much they take, how much it sells,” Ejima said. “We’re basically feeling our way.”

Though a 2018 government survey found that about 70 percent of Japanese supported leaving the IWC, Morishita said the response was driven largely by opposition to anti-whalers.

A recent informal Yahoo Japan poll of nearly 20,000 people said 58.2 percent liked eating whale and 28.3 did not, while 13.5 percent had never eaten it. Older Japanese remember eating whale in school lunches but few seek it out.

In Wada, though whales are everywhere – including a giant skeleton by a museum and metal whales on a seawall – most people there on a recent afternoon were either surfing, driving, or fishing near the concrete dock where whales are drawn up to be butchered.

“I haven’t had whale but now I want to try,” said Kazushi Yago, 36, who stopped by a roadside store featuring local whale products. “I’m a bit nervous about how it tastes, though.”

But 63-year-old Tsuneo Tsuruoka said he’d had whale as a child and it wasn’t an experience he would repeat.

“I like beef better,” he said. “The food culture has changed.”