Facebook Twitter LinkedIn
Over 43,000 Egyptians died from diseases related to air pollution in 2012, a report issued by the World Health Organization (WHO) said.
The diseases included in the report comprised acute lower respiratory, chronic obstructive pulmonary disease, stroke, ischemic heart disease (IHD) and lung cancer.
According to the report, 22,327 Egyptians died of IHD while 2079 lost their lives to lung cancer.
The WHO said that 92 percent of the world’s population live in places where the air quality levels exceed “WHO’s ambient air quality guidelines.”
The report provided information on each country’s exposure to particulate matter of an aerodynamic diameter of less than 2.5 micrometres (PM2.5).
According to the WHO, particulate matter consists of a complex mixture of solid and liquid particles of organic and inorganic substances suspended in the air. The most health-damaging particles are those with a diameter of 10 micrograms per cubic meter or less, which can penetrate and lodge deep inside the lungs. Both short- and long-term exposure to air pollutants have been associated with health impacts, WHO said.
According to the WHO air quality guidelines, levels of PM2.5 should be limited to 10 micrograms per cubic meter. However, Egypt is among countries exposed to 36-69 micrograms per cubic meter, according to the WHO.
In 2012, an estimated 6.5 million deaths, which amount to 11.6 percent of all deaths around the world, were associated with indoor and outdoor air pollution together.
"Air pollution continues to take a toll on the health of the most vulnerable populations – women, children and the older adults," Flavia Bustreo, Assistant Director General at WHO, said. "For people to be healthy, they must breathe clean air from their first breath to their last."
The report revealed that low and middle-income countries are more affected by air pollution as numbers showed that 90 percent of air-pollution-related deaths occur in WHO’s South-East Asia and Western Pacific regions.
The new WHO model is “the most detailed outdoor (or ambient) air pollution-related health data, by country, ever reported by WHO,” the organization said.
Major sources of air pollution include inefficient modes of transport, household fuel and waste burning, coal power plants, and industrial activities, according to the report.
Tags
air pollution deaths environment pollution smoke WHO 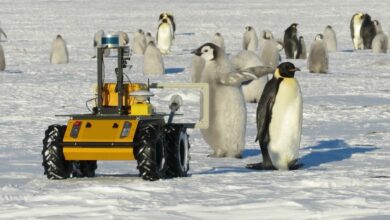