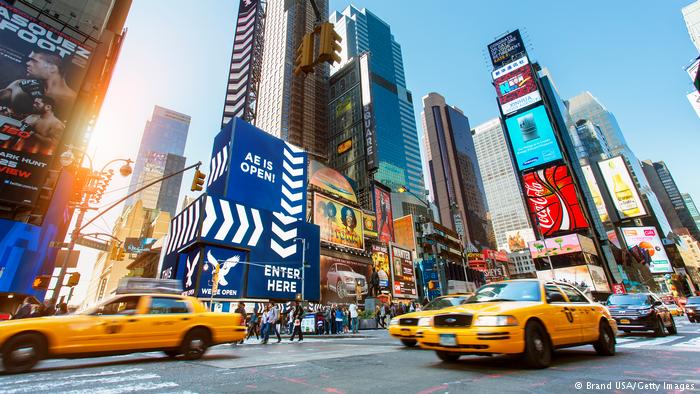 On Friday, US officials announced charges against Talha Haroon, a 19-year-old US citizen of Pakistani origin, and two other terror suspects, Canadian Abdulrahman El Bahnasawy and Filipino Russell Salic – aged 19 and 37 respectively – for plotting to attack New York City, including Times Square and the subway system, in 2016.

The planned attack was foiled by the FBI last year but the details of the plot were revealed by US prosecutors only last week.

According to media reports, El Bahnasawy and Haroon declared their support for the militant “Islamic State” (IS) group and were inspired by the deadly terrorist attacks in Paris and Brussels.

A Pakistani court in Islamabad will hear Haroon’s bail plea on Friday, October 13, according to the Associated Press. Defense lawyer Idrees Ashraf says his client’s father, Haroon Rashid, previously obtained a stay on his son’s extradition from the same court. A test case for Pakistan?

Washington’s demand to extradite Haroon to the US comes at a time when US President Donald Trump and his administration is piling pressure on Islamabad to relinquish its alleged support for Islamist militants active in the country.

While announcing his Afghanistan policy in August, Trump criticized Pakistan’s “lack of cooperation” in the war on terror. Washington believes that jihadi organizations sheltered by Pakistani authorities launch attacks from Pakistani tribal areas into Afghanistan. Islamabad denies these claims and says it is “sacrificing” enough in the battle against terrorists.

General Joseph Dunford, Chairman of the US Joint Chiefs of Staff, said last month the US would not be able to “attain our objectives” in Afghanistan without Pakistan changing its “behavior.”

Although the Islamabad High Court will decide whether Haroon should be extradited or not, the fact that the radical Lal Masjid (Red Mosque) in Islamabad is actively campaigning for the 19-year-old’s release has once again put a question mark on the Pakistani government’s counter-extremism efforts.

The Shuhda Foundation (Martyrs’ Foundation), affiliated with the Red Mosque, is running a campaign to stop Haroon’s extradition to the US. Despite some of the mosque clerics’ open support for IS, rights activists say authorities have not taken any action against them.

“We believe it is against Shariah (Islamic law) to handover a Muslim citizen to an infidel government. We are supporting Haroon by launching a campaign to halt his extradition and we shall continue to do so in the future as well,” Hafiz Ihtesham, a spokesman for the Shuhda Foundation, told DW.

Haroon’s family claims he is innocent. “The FBI is seeking revenge. In 2004, US authorities also implicated me in a fake case, which they had to drop eventually. Now, they have come up with false charges against my son,” Haroon Rasheed, Talha Haroon’s father, told DW.

“My son was picked up in 2016 by intelligence agencies and he had remained missing for four months. He was brutally tortured in custody. The authorities only announced his arrest in November last year, months after he was actually detained,” Rasheed said.

“Terrorism charges against him have not been proven, but the authorities are already treating him like a criminal,” he added.

Human rights groups accuse Pakistan’s security agencies of kidnapping people and then keeping them in detention without giving them a chance for fair trial.

“The security agencies deny they have ‘missing people’ in custody but we know about their involvement. Those who are released by these agencies are afraid to lodge complaint in the court of law because they know they can face severe consequences for that,” Asad Butt, an employee at the independent Human Rights Commission of Pakistan, an NGO, told DW.

Haroon’s lawyer Idress Ashraf denies that his client or his family has any connection with the Red Mosque.

“The family has sought help from different people and organizations. That does not mean they subscribe to the ideology of those people as well,” Ashraf told DW.

“We have challenged the government’s inquiry into Haroon’s case. Now the court is examining whether the charges are sufficient to extradite Haroon under Pakistani laws,” Ashraf added.

The lawyer claims the court is under tremendous pressure from the government to pave the way for Haroon’s extradition to the US.

“The inquiry has not been fair. The prosecution hasn’t provided any concrete evidence that link Haroon to the alleged conspiracy [New York terrorism plot]. They just submitted affidavits claiming Haroon told an FBI undercover agent through text messages that he intended to launch attacks in New York,” said Ashraf.

To verify Ashraf’s claim that Haroon’s family has no links to the Red Mosque, DW approached Tariq Asad, who at one stage was Haroon’s lawyer.

“Haroon Rasheed approached the Red Mosque cleric Maulana Aziz who told him to seek my services. The government’s inquiry had already recommended Haroon’s extradition and I challenged it successfully in the court,” Asad said.

He said the Shuhda Foundation is campaigning for Haroon because it believes he is innocent.

“Under Pakistani law, the evidence presented during the inquiry was nothing but hearsay,” he said.

Radicalization in Belgium: 'It will take years to fix'