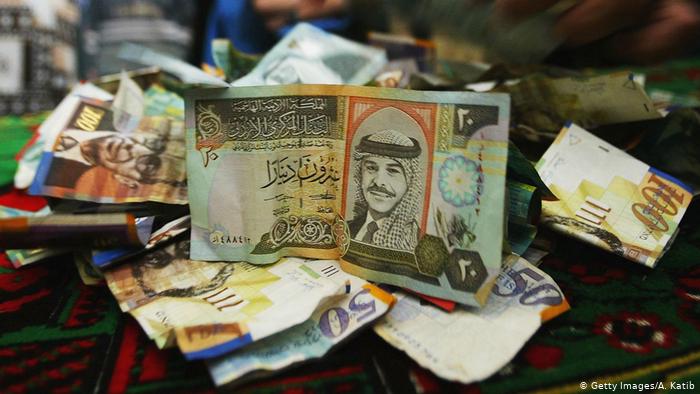 Arab finance ministers meeting in Cairo have renewed a promise to beef up the Palestinian Authority’s (PA) budget to the tune of $100 million (€88 million) a month.

The ministers also insisted on the “complete Arab support to the Palestinian state’s economic, political and financial independence,” in an apparent reference to the PA’s rejection of Washington’s $50-billion economic plan announced a day earlier.

The Arab League ministers first promised the monthly multimillion-dollar transfers in April, due to the “financial burdens” faced by the PA.

“Activating this Arab safety net is an urgent necessity and a real test of how serious we are in our commitment to support steadfastness of our Palestinian brothers,” Arab League head Ahmed Aboul Gheit told Sunday’s meeting in the Egyptian capital.

The ministers also condemned what they dubbed “Israeli piracy of Palestinian public funds.”

Israel collects taxes on behalf of the Palestinian Authority, but withheld $138 million in transfers in February over Palestinian payments to prisoners jailed for attacks against Israelis.

Some of the prisoners are convicted of political violence and are serving jail time for killing Israeli soldiers and civilians, which has led Israel to condemn the PA for funding terrorists.

The US plan for the Middle East is expected to be presented later this week in Bahrain. As well as raising $50 billion for the Palestinians within a decade, it aims to create 1 million Palestinian jobs.

The so-called Peace to Prosperity proposal — led by US President Donald Trump’s son-in-law and adviser Jared Kushner — focuses on 179 infrastructure, tourism, agriculture and education projects for Palestinians in the West Bank and Gaza, along with help for Palestinians living in Egypt, Jordan and Lebanon.

Egypt and Jordan are expected to send delegations to the Bahrain workshop, which will also be attended by the energy-rich Gulf Arab countries, Morocco and Israel. The PA is boycotting the gathering, saying only a political solution will solve the problem.

“For America to turn the whole cause from a political issue into an economic one, we cannot accept this,” he told journalists.

Tzachi Hanegbi, an Israeli Cabinet member close to Prime Minister Benjamin Netanyahu, has described the Palestinian rejection of the US plan as tragic.

Egypt to participate in US-led economic workshop in Bahrain