In Cairo's Imbaba, strongman Karim Hussein pulls trucks with his teeth, swallows nails and casually steps on mounds of broken glass, offering one of the few forms of live entertainment for residents of the poor and crowded district.

Dubbed "The Pharaoh" by friends and family, Hussein seemed destined to be a strongman from a young age, and claims to have a unique biological makeup that easily absorbs pain.

"I began this journey when I was around seven or eight years old. I was drinking a glass of milk, half of which was filled with ghee, and the glass broke," he said.

"I started eating the glass from my hand, and until today I have between three to four cups [of glass] for breakfast. One day when I was at the barber shop, I took the razor from him and ate it."

He leaves crowds spellbound along dusty, potholed lanes by placing his foot under the tyre of a moving SUV, clenches a heavy wooden bench between his teeth or eats chunks of raw meat — Imbaba's equivalent of street performers in cities like New York.

"When my parents noticed that I eat glass and razors, and saw me chewing on hammer nails, they took me to see several doctors and found that I can digest glass and metal as any other food," said Hussein.

He says his abilities have been passed down to his children, who also lie shirtless on their backs over broken glass as he stands on them.

The 'Pharaoh' also has a soft side.

He hopes his notoriety as Imbaba's ultimate tough guy will enable him to one day perform for the masses and donate his earnings to an orphanage or children's cancer hospital.

Time may be on his side. Hussein says he is only getting stronger and healthier with age.

Policeman reportedly commits suicide ahead of his assault trial Egypt complains to UNESCO over Sphinx replica built in China 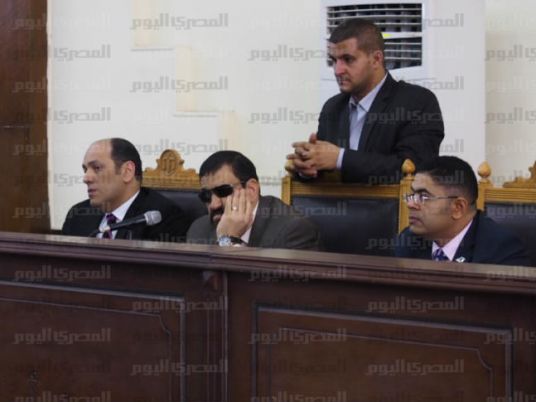