Minister of Tourism and Antiquities, Ahmed Issa, and Managing Director and CEO of Orascom Investment Holding, Naguib Sawiris, witnessed the witnessed the trial operation for the electric bus system and seven main visitor stations equipped with integrated services for visitors, a parking lot for cars and buses for the visitor center at the Giza Pyramids area.

They also witnessed the trial operation of visitor center gates on Fayoum Road,and Khufu Restaurant in the International Restaurant Complex on Friday evening. 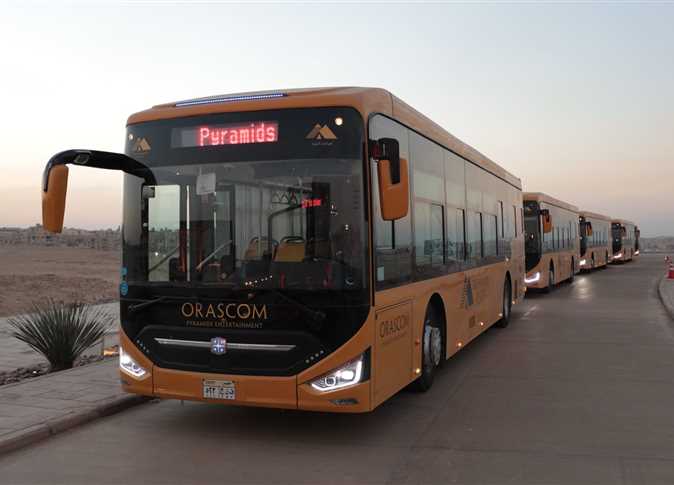 This comes out of the cooperation protocol signed between the Supreme Council of Antiquities and Orascom Pyramids Entertainment to develop, operate and raise the efficiency of services provided to visitors in the Giza Pyramids area.

The trial operation of the first set of environmentally friendly electric cars and buses, and the waiting area at the Visitor Center Station, which accommodates approximately 1,000 cars and buses, has now rolled out to service visitors to the  Giza pyramids area.

These vehicles will allow tourists a distinct view of the Giza Pyramids area and other sights.

The main stations include a number of services for visitors, including an information desk, Wi-Fi internet, smart device charging machines, an e-application, a set of shaded seats, and outlets for selling gifts, drinks and fast food. The area has other tourism services, such as providing areas designated for children, photography sites, as well as automatic teller machines.


This reflects the Ministry of Tourism’s desire to improve the experience of vising the Giza Pyramids – one of the world’s most important archaeological areas. 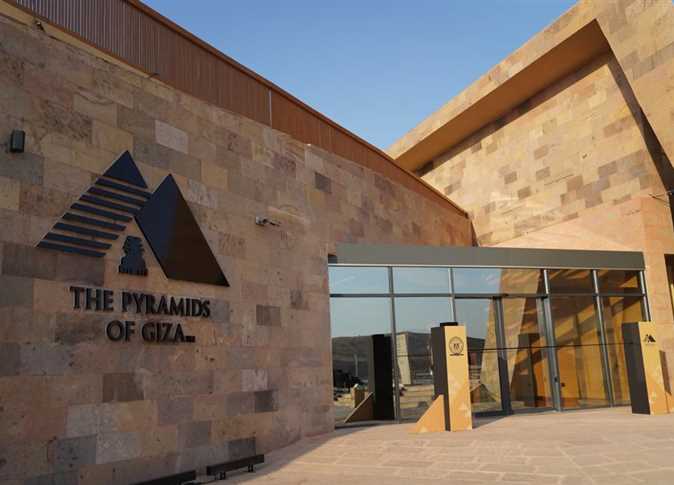 The company also completed the development and rehabilitation of the old building of the engineering department for the area, which was used as a scrapyard, before it was transformed into a global complex of restaurants following the latest international hospitality standards.

This complex will include ten tourist restaurants built with designs developed in accordance with the requirements of the archaeological area, as well as areas for parking cars and tourist buses for its visitors.

The Secretary General of the Supreme Council of Antiquities Mustafa Waziry, expressed his happiness with the start of the trial operation of the gates of the visitor center and the environmentally friendly internal transport system in the pyramids area, stressing that this comes as part of the keenness of the Ministry of Tourism and Antiquities to upgrade services provided to tourists.

He also thanked the former Minister of Tourism and Antiquities, Khaled al-Anany,  who first thought of investing and partnering with the private sector through an initiative to develop and raise the efficiency of services provided to visitors at archaeological sites and museums in Egypt to improve their tourism experience, which resulted in cooperation with Orascom Pyramids Entertainment.

Working with the private sector

Waziry added that the Giza pyramids area is not the only archaeological area under development, but that, in cooperation with the private sector, visitor services have also been improved in many archaeological sites and museums, such as the Baron Palace in Heliopolis, the Saladin Citadel, the Egyptian Museum in Tahrir Square, and the Palace of Muhammad Ali in Shubra.


“It is a great honor for us that our companies are developing the visiting areas of the first archaeological site in the world, the most famous and important in the Giza pyramids plateau, with the aim of providing a unique experience for Egyptian and foreign visitors, which would contribute to supporting Egyptian tourism,” Sawiris said.

Sawiris added the new services Orascom is adding in the area are supported by the latest technologies and take into account international and environmental standards.

The Chairman and Managing Director of Orascom Pyramids Entertainment Hisham Gadallah expressed his happiness at implementing the service development plan in the Giza pyramids area, the trial operation of the visitor center gates on Fayoum Road and the opening of the Khufu restaurant in the international restaurant complex.

Gadallah stated that the clean energy system in the Pyramids area is in line with the agenda of reducing carbon emissions, especially in light of Egypt’s preparations to host the UN’s COP27, which will be held in Sharm el-Sheikh on November.


The company also seeks to provide distinctive tourism, cultural and entertainment events at the pyramids area besides operating services for visitors, he added.

Gadallah thanked the strategic partners of Orascom Pyramids Entertainment, including The National Bank of Egypt and Orange telecom company for providing various quality services that supported the new services system for visitors.

Years in the making

In October 2020, the trial operation of the first environmentally friendly electric bus was launched, in addition to the opening of the first restaurant and lounge within the region, the Nine Pyramids Lounge. 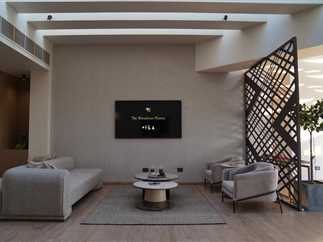