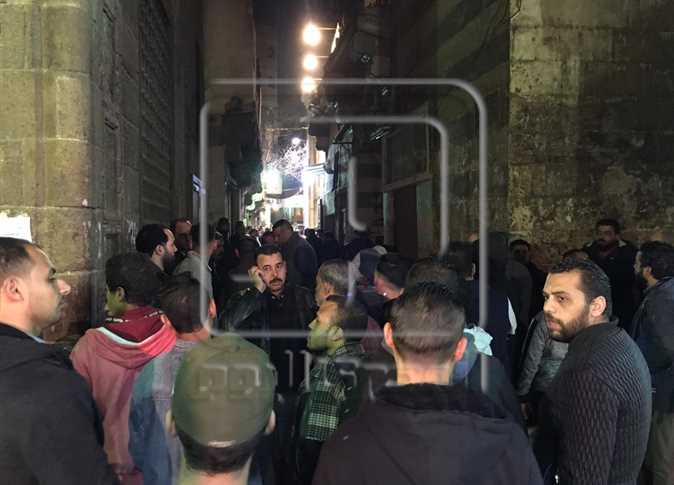 Security forces discovered a bomb inside the apartment of the terrorist bomber in the historic al-Darb al-Ahmar area of Cairo, ordered the evacuation of the building and summoned the bomb squad to dismantle it.

Security sources said that the terrorist, Hassan Abdullah, 37, had set the bomb with a timer and designed it to blow up the entire building.

The suicide bomber denoted himself on Monday evening in the historic area of al-Darb al-Ahmar near al-Azhar Mosque while being surrounded by security forces.

The explosion killed three and injured two among the police, in addition to killing the terrorist.

A statement by the Interior Ministry said that the terrorist committed the incident of throwing an improvised explosive device (IED) to target a security post in front of al-Istiqama Mosque in Giza on Friday.

The ministry said its efforts to search for the perpetrator in the Istiqama Mosque in Giza after Friday prayers on February 15 resulted in identifying the terrorist and his location in al-Dardiri Alleyway in al-Darb al-Ahmar.

The security forces besieged him, and when he was caught, one of the IEDs in his possession exploded.

Security measures raised at Minya churches for fast of Nineveh