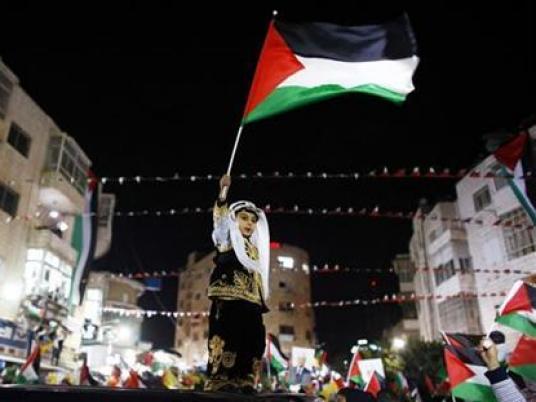 Palestinian police said on Wednesday they had extended their security control in parts of the occupied West Bank following a deal with Israel, launching armed patrols for the first time in towns near Jerusalem.
Louy Izriqat, spokesman for Palestinian police, said 90 officers had deployed in Abu Dis, A-Ram and Biddu, towns that had been largely under Israeli security control since a 1993 interim peace accord.
Subsequent negotiations between the two sides have failed to secure a lasting deal, but minor advancements were made on the sidelines of now-defunct US-brokered talks, including one to expand the authority of Palestinian police in some areas.
"An old agreement is being implemented today," Izriqat told Reuters, adding that the officers, armed with rifles and pistols, would mainly be responsible for fighting crime.
It was not clear why the deal had been revived.
The Israeli military issued a statement that a general recently put in charge of Israeli forces in the West Bank had decided to open police stations in these towns "to address criminal matters as well as to maintain public order for the Palestinian population" in a portion of the West Bank near Jerusalem.
Palestinian police have patrolled other parts of the West Bank, territory Israel captured in a 1967 war, but largely in areas under the direct control of the Palestinian Authority (PA), such as Ramallah and Bethlehem.
Palestinian neighbourhoods near to Jerusalem, which Israel has unilaterally declared as its undivided capital, have been mainly under the control of Israeli forces.
Last month Palestinian leaders warned they might halt security coordination with Israel, which is seen by Western diplomats as vital to maintaining relative calm in the West Bank and preventing a new uprising, or Intifada.
The threat came after Israel decided to hold onto the Palestinian tax revenues that it collects on behalf of the PA after Palestinian leaders announced they would join the International Criminal Court (ICC).
At international urging, Israel sent the Palestinians some of the retained funds earlier this week, but Palestinian President Mahmoud Abbas refused to accept the cash, disputing Israel's decision to deduct large sums for utility bills.