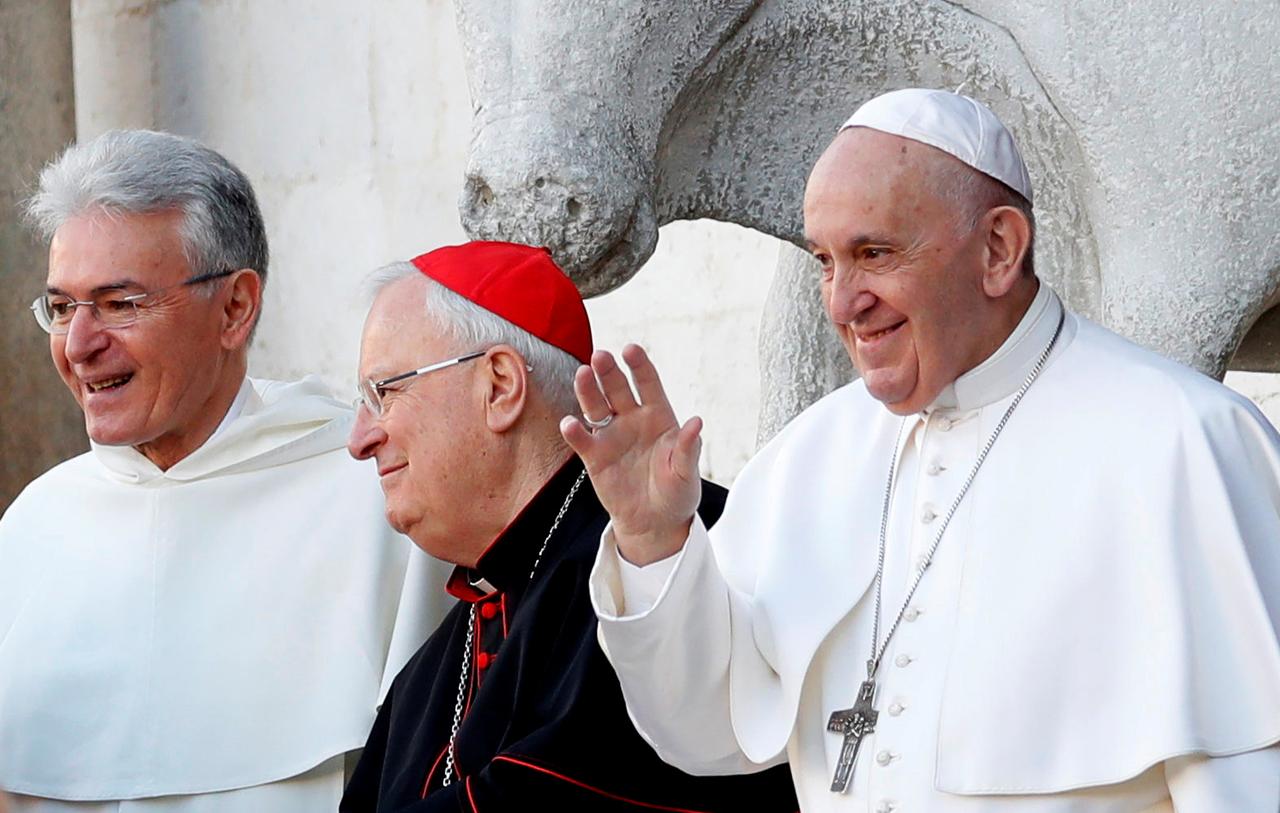 BARI, Italy (Reuters) – Pope Francis on Sunday warned against “inequitable solutions” to the Israeli-Palestinian conflict, saying they would only be a prelude to new crises, in an apparent reference to US President Donald Trump’s Middle East peace proposal.

Francis made his comments in the southern Italian port city of Bari, where he traveled to conclude a meeting of bishops from all countries in the Mediterranean basin.

“The Mediterranean region is currently threatened by outbreaks of instability and conflict, both in the Middle East and different countries of North Africa, as well as between various ethnic, religious or confessional groups,” Francis said.

“Nor can we overlook the still unresolved conflict between Israelis and Palestinians, with the danger of inequitable solutions and, hence, a prelude to new crises,” he said.

The participants included Archbishop Pierbattista Pizzaballa, the head of the Latin Patriarchate of Jerusalem, whose jurisdiction includes Israel, the Palestinian territories and Jordan.

It was believed to be the first time the pope, who has often defended both Palestinian rights and Israel’s need for security, has spoken in public about the Israeli-Palestinian conflict since Trump announced the plan on Jan. 28.

The plan would recognize Israel’s authority over West Bank Jewish settlements and require Palestinians meet a series of conditions for a state, with its capital in a West Bank village east of Jerusalem.

Although Trump’s stated aim was to end decades of conflict, his plan favored Israel, underlined by the Palestinians’ absence from his White House announcement with Israeli Prime Minister Benjamin Netanyahu at his side.

The Palestinians and Arab League foreign ministers have rejected the plan and the Palestinian Authority has cut all ties with the United States and Israel.

Palestinians, with broad international backing, want East Jerusalem as the capital of a future independent state, while Israel views the whole city its “united and eternal” capital.

The pope expressed concern in 2018 when the United States announced the moving of its embassy from Tel Aviv to Jerusalem, saying the city’s “status quo” should be respected. Francis has called for all to honor U.N. resolutions on the city.

“There is no reasonable alternative to peace, because every attempt at exploitation or supremacy demeans both its author and its target. It shows a myopic grasp of reality, since it can offer no future to either of the two,” Francis said, speaking in general about the Middle East.

Francis again warned against populist politicians who he said used “demagogic terms” such as “invasion” when talking of migration.

“To be sure, acceptance and a dignified integration are stages in a process that is not easy. Yet it is unthinkable that we can address the problem by putting up walls,” he said.

Image: Pope Francis waves as he arrives at the Basilica of Saint Nicholas in the southern Italian coastal city of Bari, Italy February 23, 2020. REUTERS/Remo Casilli