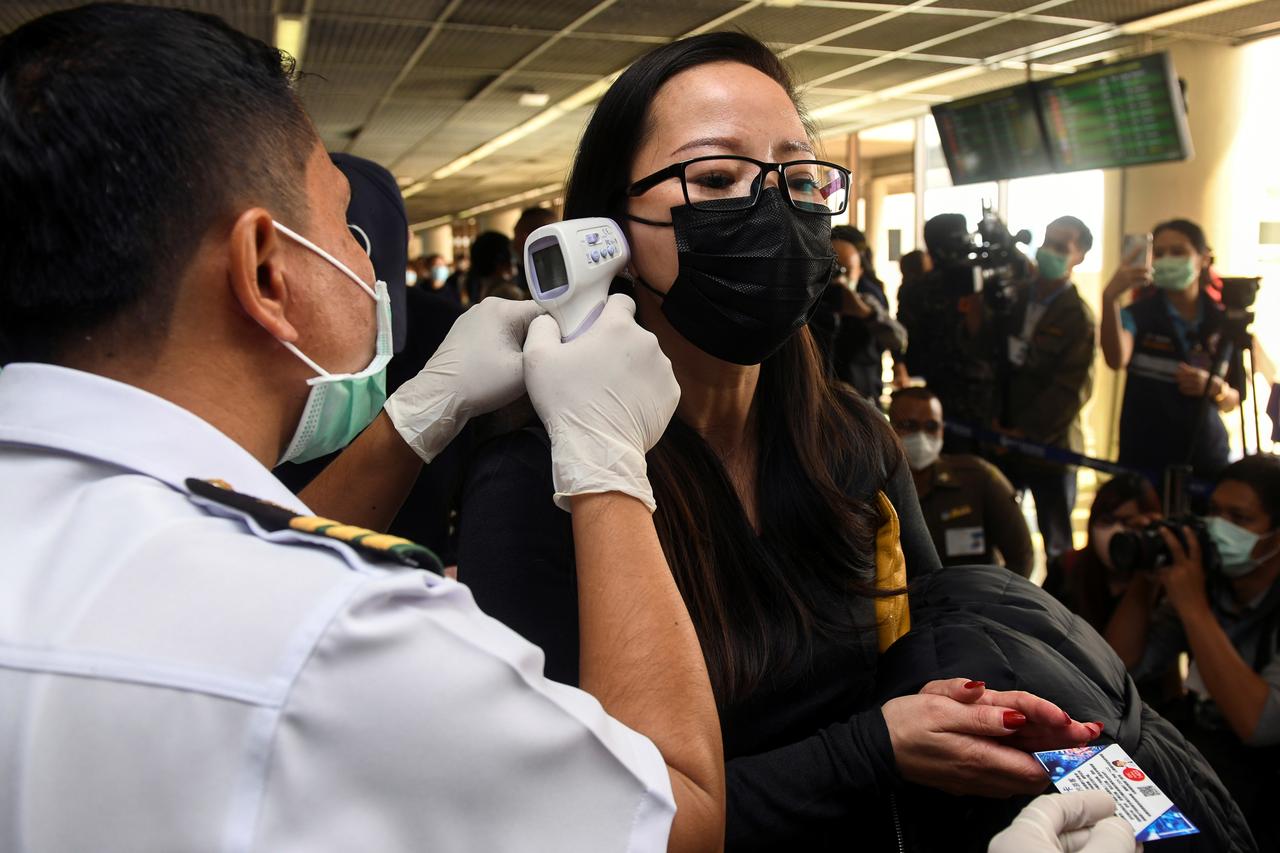 BANGKOK (Reuters) – The health minister in Thailand, the country with the most confirmed cases outside China of the new coronavirus, called an emergency meeting on Sunday with the transport and tourism ministries amid rising public discontent over the government’s handling of the illness.

“We can control the situation and are confident in our ability to handle the crisis,” Public Health Minister Anutin Charnvirakul told reporters. The number of cases of the disease in Thailand rose on Sunday to eight.

Anutin added that three of the people infected were being treated and five had recovered and gone home.

The hashtag #crapgovernment was top trending on Twitter in Thailand on Saturday with over 400,000 tweets. Users complained about the management of the virus and other health issues.

“If it reaches a point where public health is in danger, we will take (more) action,” Anutin said, adding that the government would not prioritize tourism revenue over health.

“Detecting infected patients is a good sign because it shows that our system is efficient,” Anutin said.

China is Thailand’s biggest source of tourists and had nearly 11 million visitors from there last year.

In China, there have been nearly 2,000 cases of the illness and 56 people have died. A scattering of cases have been reported in other countries, including Thailand.

Graffiti artist, @headachestencil commented on Twitter, “Can close roads and islands, but can’t close the country from China for the safety and confidence of the public. Can you not value Yuan more than our lives #crapgovernment.”

All but one of the eight cases in Thailand were tourists from Wuhan, the central Chinese city that is at the epicenter of the outbreak. One Thai national, who had visited Wuhan over the New Year, contracted the disease.

There have been no cases of human-to-human transmission in Thailand.

The government is scanning passengers arriving on flights from Guangzhou across five airports including the main Suvarnabhumi airport, Chiang Mai, Phuket, Don Muang and Krabi.

Based on numbers during the SARS outbreak in 2003, three months of reduced travel from China would result in 50 billion baht ($1.52 billion) of lost tourism revenue, Minister of Tourism and Sports, Phiphat Ratchakitprakarn, said.

Mass transit operators including the Bangkok skytrain and subways are increasing the frequencies of wipedowns and spraying disinfectant in trains, the Transport Ministry said.

Image: A health worker uses an infrared thermometer to check the temperature of a tourist who arrives at Bangkok’s Don Mueang Airport, Thailand, January 25, 2020. REUTERS/Panumas Sanguanwong