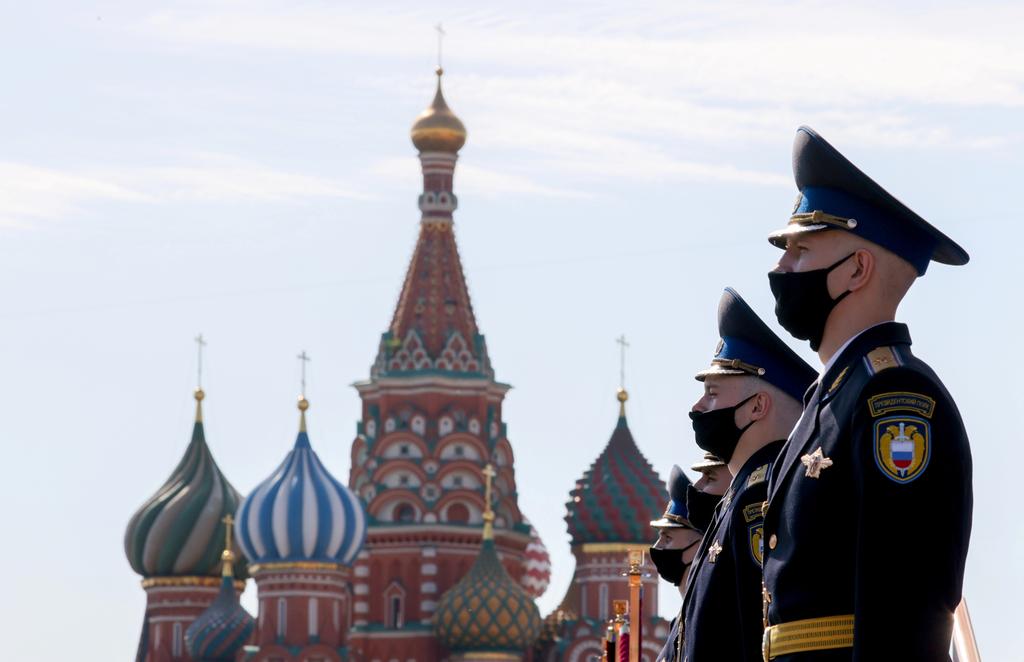 MOSCOW (Reuters) – President Vladimir Putin will review a spectacular Red Square military parade later on Wednesday on the eve of a nationwide vote that could extend his rule until 2036, a patriotic display critics say is designed to lift his lower than usual ratings.

The parade, to mark the 75th anniversary of the Soviet Union’s World War Two victory over the Nazis, was postponed from May 9 because of the novel coronavirus outbreak and critics say it is irresponsible to go ahead with it now.

The Kremlin has dismissed that however, saying new daily infections, though still in the thousands, are on the wane, especially in the Russian capital, the original epicentre of the outbreak, and that all safety precautions will be taken.

Opening a military cathedral on Monday, Putin said the Soviet wartime victory remained a touchstone for modern Russia, calling it a sacred memory.

“It’s always with us and gives us strength, strength to serve our country and moral messages which we do not have the right to resile from and will never do so,” said Putin.

The results of a survey released by state pollster VTsIOM on Tuesday showed that 95% of Russians regarded the 1945 Soviet victory as the most important event of the 20th century for Russia.

The vote from June 25 until July 1 on constitutional changes, including an amendment that would allow Putin two more six-year terms as president if re-elected. Current constitutional limits bar him from seeking re-election when his mandate ends in 2024.

Experts from state pollster VTsIOM have forecast that 67-71 percent of voters will endorse the changes. Kremlin critics say the vote is a sham they fear will be falsified.

Putin’s approval rating is 59 percent, according to Levada, an independent pollster whose research the Kremlin has said it is not inclined to trust. Though high by most countries’ standards, it is at its lowest since 1999.

Polls show people’s willingness to protest has risen as lower oil prices and a prolonged lockdown have battered the economy, unemployment has risen, and a Kremlin plan to reverse years of falling real wages has been knocked off course.

More than 14,000 troops, over 200 armoured vehicles and 75 aircraft will take part in Wednesday’s parade, as well as representatives from 13 other countries.

Sergei Aleksashenko, an economist who has been critical of Putin, told the Ekho Moskvy radio station on Tuesday that the Russian leader was determined to hold the parade despite the pandemic.

“Vladimir Putin believes that the parade is a reaffirmation of his greatness, the greatness of the country and of our historical memory,” said Aleksashenko.

Image: Soldiers of the Presidential Regiment line up before the Victory Day Parade in Red Square in Moscow, Russia, June 24, 2020. The military parade, marking the 75th anniversary of the victory over Nazi Germany in World War Two, was scheduled for May 9 but postponed due to the outbreak of the coronavirus disease (COVID-19). Sputnik/Ekaterina Shtukina/Pool via REUTERS

Moscow emerges from lockdown as WHO warns of 'worsening' global crisis

Anti-Putin activist 'forcibly drafted' and sent to Arctic base