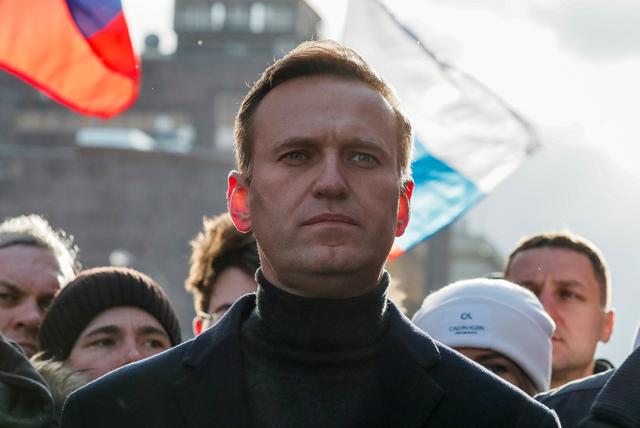 MOSCOW (Reuters) — Emboldened by a dip in President Vladimir Putin’s ratings, the Kremlin’s critics are campaigning for the government to step up economic support for individuals hit by the coronavirus lockdown as they try to tap signs of discontent.

Three petitions launched by Putin critic Alexei Navalny that have garnered over 1.2 million signatures between them accuse the government of failing to provide adequate economic aid and demand it provide more from its vast reserves.

The petitions have no binding power, but they suggest anger in some quarters over the economic pain inflicted on households by the shutdown that began in late March and is still underway.

Signatories want every Russian adult to be paid 20,000 rubles (US$270) for April and for utility bills and taxes for small businesses to be waived. They also say two trillion rubles should be set aside to help small businesses.

The Kremlin has called Navalny’s proposals populist and superficial.

Putin on Tuesday rolled over the lockdown until May 11, extending a period during which employers are expected to pay their staff. Many entrepreneurs say they can’t afford to do that.

To ease the pain, Putin and his government have offered the highest band of unemployment benefit —12,130 rubles — to anyone who lost their job after March 1. Some small businesses will receive 12,130 rubles a month per employee to pay staff.

Small businesses have also been offered access to loans at preferential rates and tax breaks. But the bulk of the economic aid is earmarked for big business, critics say, and others stand to get far less at a time when Russia has more than $560 billion in international reserves.

“We think Putin will emerge from this situation with serious image and electoral losses. How deep they are remains to be seen,” said Leonid Volkov, a close ally of Navalny.

“We have the sense this is a severe crisis, that people don’t like how the authorities are dealing with the problems or rather how they are being left to face the problems on their own.”

Putin, whose term in office does not expire until 2024, has survived many crises before, and there is no sign that he is about to be toppled. But the economic fallout from coronavirus is creating a headache for him.

The lockdown, compounded by the crash in oil, Russia’s main export, has put the economy on course for a four to six percent contraction, the central bank says, and economists warn of a looming surge in unemployment and a wave of bankruptcies.

This week, the VTsIOM state pollster said that public trust in Putin had dipped to its lowest level since January 2006 according to one measure. But measured another way, trust was still high at around 70 percent, it said.

Some slippage is apparent though. Even before the severity of the crisis had crystallized, Putin’s approval ratings, though still robust, fell six percent last month to 63 percent, their lowest since 2013, the Levada pollster said.

Putin backs amendment allowing him to remain in power