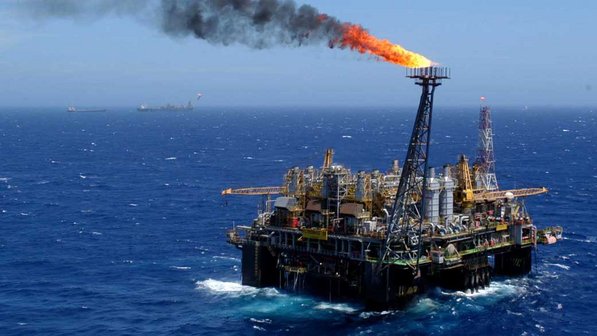 State energy giant Qatar Petroleum will push ahead with its production expansion and foreign asset acquisition strategy to be on par with oil majors, despite a regional political and economic embargo on Doha, its chief executive said.

QP, which produces 4.8 million barrels of oil equivalent per day (boed), aims to boost its output to 6.5 million boed in the next 8 years, and is expanding its upstream business abroad, particularly in the United States, CEO Saad Al-Kaabi told Reuters.

Qatar is one of the Organization of the Petroleum Exporting Countries’ smallest producers but is also one of the most influential players in the global liquefied natural gas (LNG) market due to its annual production of 77 million tonnes.

“We are in Mexico, we are in Brazil, we are contemplating investing in the U.S. in many areas, in shale gas, in conventional oil. We are looking at many things,” Al-Kaabi said in an interview at QP’s headquarters in Doha.

“We are looking very critically at the United States because we have a position there. We have the Golden Pass that we are investing in,” he said.

Qatar Petroleum is the majority owner of the Golden Pass LNG terminal in Texas, with Exxon Mobil Corp and ConocoPhillips holding smaller stakes.

Al-Kaabi said “depending on the project’s cost and feasibility” he expects to take a final investment decision on expanding the Golden Pass LNG by the end of the year.

“I’m not in the business of infrastructure. I’m not going to have a liquefaction plant only. It has to be something that will be linked with an upstream business that we would buy in the U.S. so we need to be naturally hedged,” he added.

To maintain its dominance in the United States and Australia, QP is cutting costs at home and seeking to expand overseas through joint ventures with international companies.

QP is focusing on other opportunities in Mexico, Latin America, Africa and in the Mediterranean, he said. QP is also looking to enter Mozambique, where Exxon and Eni operate, he added.

Al-Kaabi said the share of overseas upstream production will be “a good portion” in the long-term but it won’t compare to its share at home.

“Our strategy says we are going to expand in upstream business with a little bit of downstream that will be connected to some other businesses that we are doing and a few one-off deals in petrochemicals,” he said.

For Qatar, which is locked in a dispute with four Arab states, broadening its investments outside the Middle East would cement its position as the world’s largest LNG supplier and help it to weather the boycott with its neighbors.

In an apparent show of strength, a month later QP announced plans to raise LNG production capacity by 30 percent to 100 million tonnes per year.

Qatar has lifted a self-imposed ban on the development of the North Field, the world’s biggest natural gas field, which it shares with Iran, in April last year and announced a new project to develop its southern section, increasing output in five to seven years.

The announcement came at a time of an oversupply in the LNG market, but Al-Kaabi said such a glut would disappear in 2021-2022 driven by the rising demand for gas amid the global move towards cleaner fuels and climate change concerns.

QP has selected Japan’s Chiyoda Corp for the front-end engineering and design (FEED) of the onshore facilities of the North Field expansion project and awarded McDermott a contract for the offshore engineering work, Al-Kaabi said.

QP has abandoned plans to debottleneck its existing liquefaction trains because it involved shutdowns and prompted safety concerns, and opted to build three new LNG trains, he said.

“Stay tuned,” Al-Kaabi said, when asked if QP’s announcement that the award to Chiyoda included a pre-investment for a fourth train as had been announced.

If QP decided to build a fourth train, that could mean possibly expanding gas production beyond 100 million tonnes per year.

Al-Kaabi said QP will award the engineering, procurement, and construction (EPC) contract for the first LNG train by the end of next year, with its start-up set for the end of 2023.

QP is in talks with international oil companies for the new expansion project. Oil companies operating in Qatar now include Exxon, Total and Royal Dutch Shell.

QP will make a decision on the foreign partners by the end of 2018, Al-Kaabi said.

“There are some new companies that have come and put forward some proposals … but I don’t see the face of what we are doing and the companies that we have changing much.”

Trump talks to leaders of Qatar and Saudi Arabia about feud