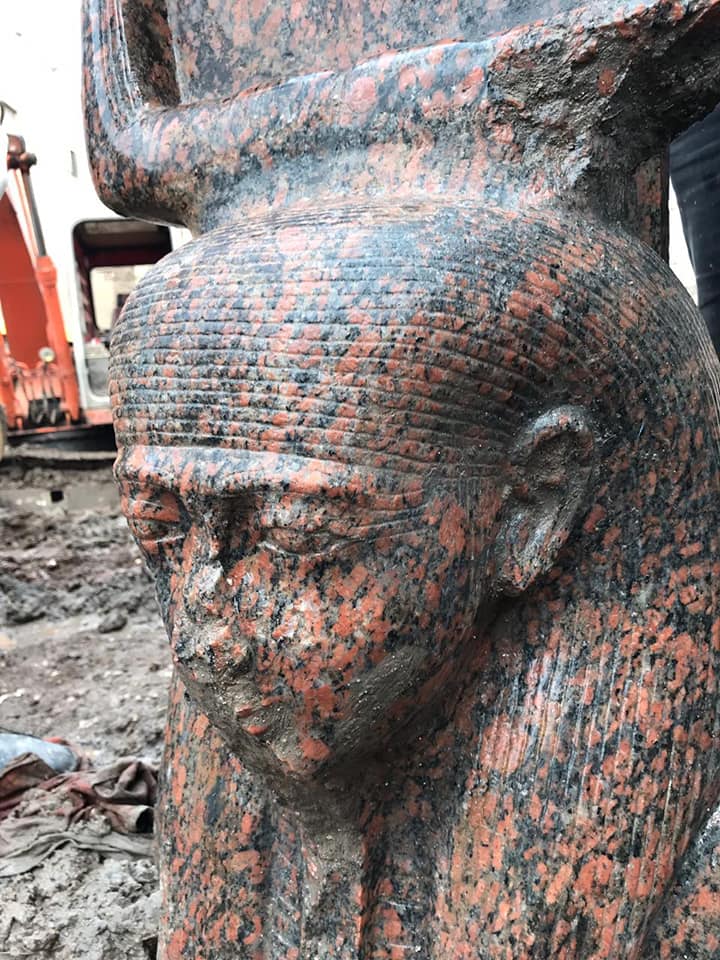 Archeologists in Egypt have uncovered a pink statue belonging to the famed ancient ruler King Ramesses II near the Giza Pyramids, in one of the rarest archeological discoveries of its kind, Egypt’s Ministry of Antiquities announced on Wednesday.

Secretary General of the Supreme Council of Antiquities Mostafa Waziri announced that the discovery was the first statue to be found made of granite. Letters meaning “strong bull” are carved on the back of the statue, referring to the king’s “strength and validity,” and the head of the statue is crowned with the “Ka” sign, according to the statement.

“This discovery is considered one of the rarest archaeological discoveries. It is the first ever Ka statue made of granite to be discovered. The only Ka statue that was previously found is made of wood, and it belongs to one of the kings of the thirteenth dynasty of ancient Egypt,” Waziri told Xinhua News Agency.

The statue measures in at 105 cm high, 55 cm across and 45 cm thick, and was uncovered amid illegal excavations near the Great Pyramids of Giza on land that was owned by a private citizen. He has since been arrested.

“It’s in very good condition,” Niveen al-Areef, a spokesperson for the antiquities ministry, told The Associated Press, adding that the statue is now undergoing further study.