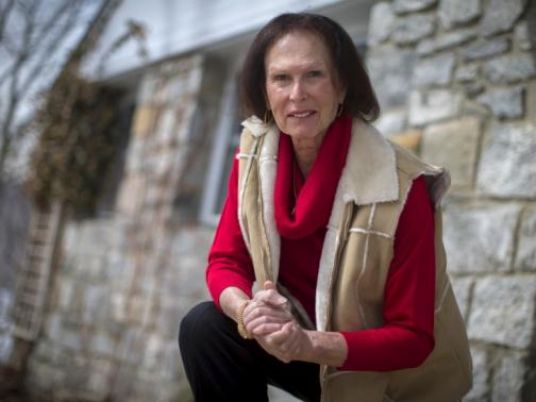 More than three decades after putting down her tennis racquet, Renee Richards is still astonished she had the moxie to join the women's professional tour after living the first 34 years of her life as a man.
For all the frenzy around Olympian Bruce Jenner's reported decision to transition to a woman, the transgender pioneer Richards, born Richard Raskind, believes nothing could be tougher than what she endured in the 1970s.
"How could I have actually gone out there in front of thousands of people as this notorious transsexual and compete against young women?" Richards, 80, told Reuters by phone from New York state.
"I didn't know whether I was going to be shot at, or whether I was just going to be yelled at."
Jenner, 65, was once considered the world's greatest athlete after winning the gold medal in the decathlon at the 1976 Summer Olympics. That same year Richards says she was "outed" for her sex change, a revelation that reverberated, and not just through the sports world.
Richards laughs about reports she is counseling Jenner. "It's not true," she said. "That's insane. It would be preposterous for me to say anything to him."
Jenner's transition would make him the most high-profile American to come out as transgender, a boon to the community's increasingly visible fight for equality and acceptance. A reality star via the Kardashian family's TV series, he has not publicly commented on his plans.
But Richards believes that, with no chance to begin his new life privately, Jenner will have a challenging time.
Still practicing ophthalmology, Richards doesn't like being called a trailblazer or role model, saying she was "only one of a lot of pioneers."
"I was certainly the one in the world of sports," she said. "But there have been others. There have been great strides made by other courageous people."
'We have to let her play'
Richards, captain of the Yale tennis team as a man, was denied the right to play in the 1976 U.S. Open at age 42 after transitioning the year before.
When the New York Supreme Court ruled in her favor in 1977 allowing her to join the women's tour, Richards got death threats, needed bodyguards, and saw scores of women rivals drop out of events she entered.
Billie Jean King, who founded the Women's Tennis Association in 1973, after discussions with doctors, went to Richards' Manhattan home to hear her story.
"I just listened," recalled King. "I didn't know anything about transgender. I went back to the players and said, 'We have to let her play.' Everyone was up in arms. It was tumultuous."
But King said she told women: "'All of you who are upset right now are going to end up thinking she's your best friend.' And many of them did."
A 6-foot-2 left-hander, Richards played four years on the tour and in grand slams, reaching No. 19 in the world.
"I never thought of her having been a man because she was so feminine, other than maybe her voice," said Hall of Famer Nancy Richey.
Richards, the author of several books, including her latest, "Spy Night and Other Memories: A Collection of Stories from Dick and Renee," nevertheless wonders if playing tennis as a woman was the way to go.
"If I had it to do over, I would have my sex change because that's what I was destined to do," she said. "But would I have tried to play professional women's tennis? Maybe not.
"But as it turns out I've had so many wonderful experiences, I guess that was my destiny."