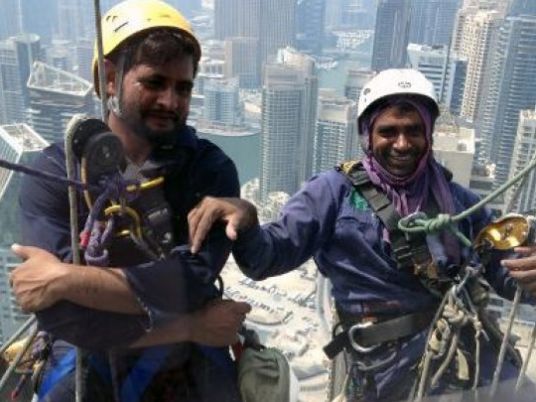 Foreigners working in the energy-rich Arab states of the Gulf sent more than $100 billion in remittances to their home countries last year, an economic report showed Tuesday.

The figure was twice as high as remittances in 2010, an indication of strong growth, the head of economic research at Kuwait Financial Center (Markaz), Raghu Mandagoathur, said in the report.

The remittances are estimated at 6.2 percent of the combined GDP of the six GCC states of $1.6 trillion, the report said, citing IMF and World Bank figures.

In comparison, foreigners in the United States and Britain sent home just 0.7 percent and 0.8 percent of GDP, respectively, it said.

Remittances from Kuwait and Qatar were $12 billion and $9.5 billion, respectively, while smaller transfers were made out of Oman and Bahrain, the report said.

The majority of Gulf expatriates originate from India, Egypt, the Philippines, Bangladesh and Pakistan, as well as Indonesia, Sri Lanka and Yemen.

The report attributed the high level of remittances to curbs applied by GCC states on foreign ownership and investment.

And unlike in Western countries, foreigners have no hope of acquiring citizenship in GCC states regardless of the duration of residence.

The report advised GCC states to encourage expatriates to invest by launching specialised services and opening up their markets to foreign residents, especially the real estate sector.