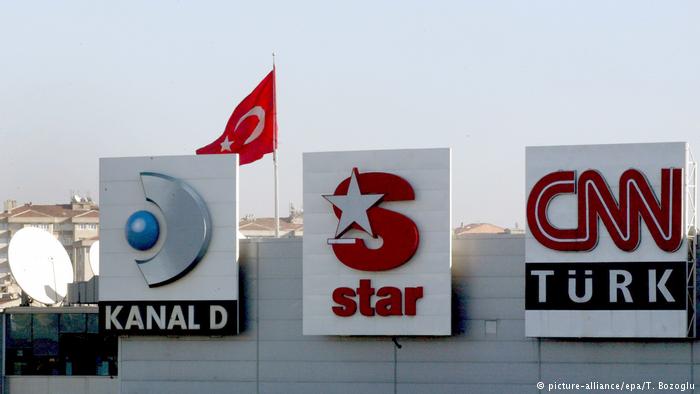 and the television channel CNN Turk among its holdings, stood for independent journalism.

Of course journalists at those outlets were constantly confronted with censorship and also self-censorship that stopped them before they crossed any red lines. Nevertheless, we saw the Dogan Group as an independent commercial media conglomerate.

The sale represents a deep cut, above all, because the last remaining independent newspapers, like Cumhuriyet, Evrensel and BirGun have a pathetically low combined circulation of about 45,000 in daily sales — the Dogan Group had far greater reach.

More than anything, I fear the worst because the Dogan Group was not bought by just any company but rather by the Demiroren Group, which has close ties to the government.

Does that spell the end for freedom of the press?

I hesitate to declare freedom of the press dead in Turkey simply because there are a lot of colleagues there who stand up for it and try to live and work by its principles each and every day.

When I say that, I am thinking of our colleagues at Cumhuriyet, Evrensel and BirGun, as well as those at independent online sites like Diken and Bianet. We have to encourage them all, nevertheless, it is still a dark day for freedom of the press.

Let’s talk about the group that bought Dogan. What do you expect from the Demiroren Holding?

I’m always open to surprises, but I actually expect reporting will be much like it is at other media outlets with close ties to the Turkish government. That means it will be very uncritical when covering current events in Turkey, as well as being wholly uncritical in reports about the government and its policies. That includes stories like Turkey’s current incursion into Afrin, and the dramatic human rights situation and mass incarcerations happening at home.

On Reporters Without Borders’ current World Press Freedom Index Turkey is ranked 155 out of 180 countries. What will happen now?

That is indeed a pretty low ranking. We will publish our new Press Freedom Index in late April, and I fear the takeover will not do much to improve the situation. Two years ago we published a Media Ownership Monitor report on Turkey in which we took a very close look at media ownership structures there. Even then we saw clear evidence of very problematic connections between economic interests and media policies in the country.